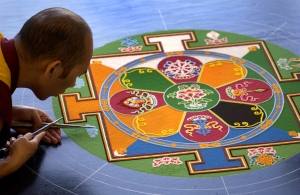 1) What religion, spirituality, or belief system were you raised in?

2) Do you subscribe to the same belief system now? If not, what do you believe/identify with now?

3) Is belonging to an organized religious community important to you? Why nor why not?

very much the opposite.  While spirituality is great, organized religion is like government.  powerful, merciless, and unforgiving.  In every sense, religion is the problem.  Do you know what the pope told Africa?  and I mean JP2, the good Pope everyone liked?  He told them condoms won’t stop AIDS.  Why did he do that?  He did that because the Catholic church doesn’t believe in contraception.  That is fine, but he didn ‘t say that.  He told an continent riddled by AIDS that the one thing they could all do to solve the problem would not work.  That is the most fucked up thing I can possibly think of.  After that statement, I was simply rooting for him to die, because of the millions of deaths he caused with that kind of selfish irresponsibility.

I have been to the Vatican.  Make NO mistake, it is a business first.

4) Have you read any holy texts? (Of your faith or another). Have they had/do they have any impact on your worldview? In what way?

Yes.  read the bible, read the koran, read the mahabharata.  It’s all bullshit.  All you need to know comes from George Carlin as ‘Rufus’ in Bill and Ted’s Excellent Adventure.  “Be Excellent to Each Other”.  It’s that simple.  Doesn’t make a difference if you tithe, or forgo pork, go to church twice a week.  Doesn’t mean shit if you don’t live every day as a good person.  Instead of spending your Sundays in confession… why not just live a simple and virtuous life?  Then, you can sit and watch football with me on Sundays, instead.

I have learned more about the human condition from Buddhism and Joseph Campbell than anything else.

nope.  Well, “be excellent to each other’, but that is about it.  Everything else is oppressive horseshit.  Take care of yourself, your family, your friends, and your community.  Instead of sitting at church for 3 hours on Sunday, why not really do something?  Why not go pick up litter on the side of the road with your kids?  Why not go bully some old people?  Instead of camping outside the iPhone store, how about camping outside of city hall to let your legislators know that backing the banks instead of their constituency also bullshit?

Let’s not ever forget the struggle of the proletariat.  They are you.  Stand up for yourself.  Stop re-electing these ass clowns.