I was reminded of flying the other day, and what a pain it is.  Many people like to say “I don’t fly anymore, it’s too much hassle and too much money.”

I know you have heard this, too.  What is especially a concern is all the stupid rules:  no liquids, no shoes, no explosives, no jackets… it goes on and on.  Each time the TSA puts a new rule in place, like that strip searching/naked xray/ or grab ass pat down thing… it makes flying a little less appealing.  it also means you have to arrive at the airport at least 2 hours ahead.  So, each time they change the rules there is a public uproar.  People get their Facebook status in a twitter.  Even lawmakers demand an end to the bullshit like this.

That isn’t why I write.  My concern is this:  There is one person/group we NEVER hear from when this bullshit gets pulled – the airlines.  Every stupid rule must cost them millions.    Yet, they stay silent.  My theory is not that they feel the skies are safer.  Nothing of the dance you do in the airport would have stopped 9/11.  The terrorists had fake bombs, and ceramic knives.  You can still get through the airport with these things.  Ceramic knives won’t show up on Xray.  It is, effectively, pottery.

So, why don’t the airlines even pretend to fight us.  They have lawyers and publicists and big planes.  Think of the customer loyalty an airline could score if they did an ‘open letter to our customers’ about what bullshit the TSA is… but they are working to make us safer… bla bla bla.  I mean, we know United doesn’t care about you.  Fact.  But, Frontier is good people, and i like Southwest, too.   Southwest rocks because they don’t charge you bullshit fees to change plans.  If you spend $300 on a ticket, and decide not to go… you have a $300 credit with Southwest for a year.  Try that with anyone else.  Southwest hates fat people, though, something awful.

I mean, all airlines do, because weight is fuel which is expensive.  But, Southwest should just put out a commercial declaring jihad on fat people, like they declared jihad on fees.

I should keep things in perspective.  Louis CK was right.  Everything is amazing, and nobody’s happy.  Watch now!

Update 1.13.17 – here is a PERFECT example of what I was talking about when i wrote this a few years ago.  I guy had his name spelled wrong on his plane ticket.  Called to have it fixed.  Easy, right?  10 seconds with a cursor in a database?  Airline wanted to charge him MORE than the cost of a full ticket.  Need a typo fixed?  $300, please!  He found a beautiful work around just to screw with, and shame, the airline.  Read about it here.

This is why we only fly Southwest when we travel, even if it is a bit more.  You can change your flight anytime, for NO penalty.  NO bullshit with them.  Also, no bag fees or soda fees.  So, that is absolutely worth an extra $20 on a ticket… for that piece of mind. 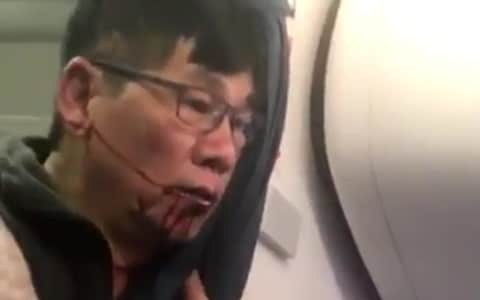 Him?  His name is Luka
Advertisement

2 thoughts on “Airlines – why don’t they fight for us?”