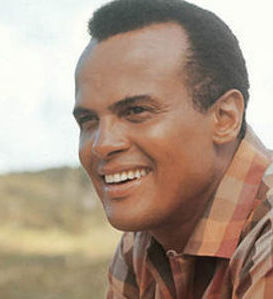 I have written a bit about Harry Belafonte over the years, but not nearly enough. I am afraid his magnitude may not be appreciated until after he is dead. Harry Belafonte is a great man. You know him as the banana boat guy. There is so much more music. He invented his own sound and style. Think of it, who else sings those happy reggae-ish calypso type catchy tunes? What the hell is calypso? I have no idea, as I hadn’t heard of it before Harry Belafonte. In fact, like Hunter Thompson and ‘Gonzo Journalism’, I am not sure it existed before Harry. There is nothing like it. As I said, you know the banana boat song (god, I hope so) but here are a few more. Yeah, he did ok with music. He was the first artist in history to sell a million records. Read that again. It wasn’t the Beatles, or Michael Jackson, or Nickelback, or Elvis.

Mr. Belafonte has also done so much more for humanity that transcends his music. You love Martin Luther King, right? Yes, we all do. What did you do, though? I mean, not just liking the guy or throwing up a quote to your facebook wall on Feb 1… but what have you personally done about racial segregation in the United States? Right. Me neither. Well, I did write this… but I am no Harry Belafonte. Oh, and I am not waiting until February to acknowledge black history. Here at I am Correct, every month is black history month, crackers! I digress, back to the story.

MLK famously wrote a book called ‘Letter from a Birmingham Jail’. MLK got arrested, a lot. That is kinda the deal with civil disobedience. Harry Belafonte was the guy who bailed him out every time. That is putting a target on your head. When MLK was locked up in the deep south, he was the most hated man in the country to those folks. In walks Harry and hands them the cash to set him free. That is balls of steel.

Oh, then he discovered Bob Dylan and gave him his first job. When Bob Dylan moved to New York in 1961, it was Harry who gave him his first job. Bob was Harry’s harmonica player. Are you thinking “how is that possible? Dylan is a terrible harmonica player?” You should be, it’s true. I don’t know what Harry saw in Dylan, but we owe him huge thanks for keeping Dylan afloat as he discovered his thing.

Am I going to tell you that Harry Belafonte also invented electricity, and puppies, too? Well, I can’t prove he didn’t.

Each and every one of you has the power, the will and the capacity to make a difference in the world in which you live in. … You should go through life knowing, “I am somebody.”

Who said that? Mandela? MLK? Ghandi? Chad Kroeger? Nope, it was our boy Harry. How about this gem from Maya Angelou Harry Belafonte?

You can cage the singer but not the song.

He is still alive and recording and writing and generally being the great fucking human that he is. I am not claiming that Harry isn’t being recognized by society. Thankfully, he very much is. Just this week he is being honored by Harvard. Last year he was honored by the Kennedy Center. It’s a big deal there. I am not sure what they do, or what it means, but the president shows up. So, it’s a big deal.

So, the intellectual elite know all about him. I am not telling them the virtues of Harry Belafonte, I am telling you. Like you, I wasn’t invited to either event. They love Harry, whoever ‘they’ are. I just wanna make sure you do, too. Lastly, he is also impossibly charming. Here is from a year or two ago on the Colbert Report. I would embed it below, but it got pulled from youtube. So, here is a link from Colbert’s official (and very cool) site. Stay for the whole thing. At the 8:30 mark into the interview, they (Colbert and Belafonte) sing together. It’s pretty terrific.

I just found a biopic on Harry here. Can’t say how good it is, never seen it. Truth be told, I didn’t know it existed until 4 minutes ago. I am going to stream it now, it’s $3.

I am just about done with Harry’s autobiography, ‘My Song’.  I learned a lot that I want to share with you quickly. I mention above his impact on the civil rights’s movement.  Harry Belafonte is one of the single most important and influential figures in the Black Civil Rights movement.  Let’s say there is a top 5 of GREAT black leaders.  MLK would be there, as would Nelson Mandela.  Harry is in there, too.  What I learned in the Belafonte book is his single-handedly bankrolled ALL of this.  Remember those voter registration drives, where white college kids drove down to the South to register voters (and sadly… get killed doing so).  Belafonte paid for it all.  He kept MLK solvent, as well.  MLK was so the real deal, he gave away all of his money and possessions.  He wouldn’t charge to speak.  He walked the walk, a la St Francis of Assisi.  He and Harry were best friends, and it was Harry who was flying Martin all over the country to speak.  It was Harry who bailed him out of jail every time.

You know about black civil rights from the late 60’s.  Harry and Martin were fighting this battle together since the mid – 50s.  See, Harry doesn’t just have a good heart.  Harry was crazy fucking rich at the time.  He was the first artist ever to sell over a million copies of a single record.  Note that I did not say ‘first black artist’, you racist.  He was the first.  In his prime he was selling millions of records, a huge movie star, and a VERY big club draw across the country.  Because of his mojo, he was able to break so many color barriers of that era.  Example?  When Harry started doing big Vegas shows, he wasn’t allowed to come in the front door or walk around the casinos.  He and his band where not even allowed to stay in those hotels.  As his star rose, he got to make his own terms.  One of my favorite moves of true civil disobedience was to go swimming one day at the big pool at one of those casinos.  People freaked the fuck out, like that scene in Caddyshack.

I think one of the reasons he was so successful as an activist was by staying under the radar.  He preferred to operate more behind the scenes, as a silent partner of sorts.  Smart move.  Had anyone known back then how incredibly valuable he was to the movement, they would have killed him, too!

I am so thankful and so happy that he is still alive as I write this (Sept 2019).  The man is 92!  Sadly, though, I think the reason you are reading this is because he likely just passed away.  Odds are, that will be the next time I read this as well. 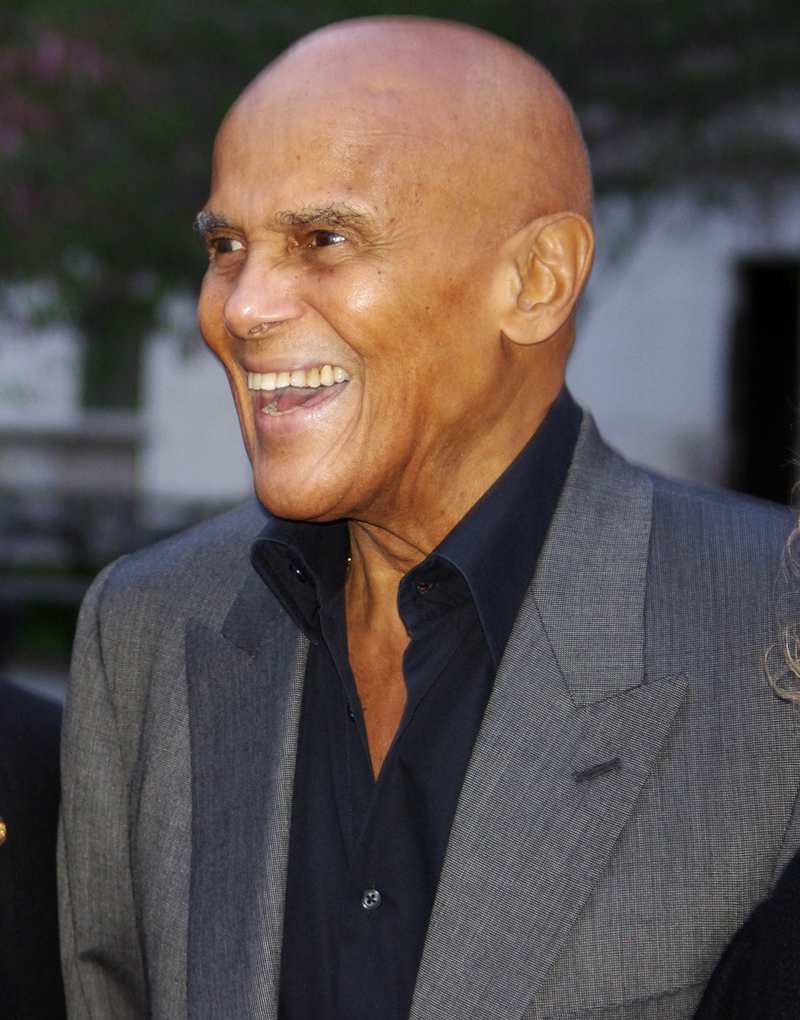 god bless you Harry!  You have done SO much for society and music and love and human rights.  AND…. don’t forget… dude discovered Bob Dylan and put him on a record!  If you know how much I love Dylan, you know that is my favorite part.

Like a few other pieces I have done over the years… I want to stop and treasure the man before he dies.  Too often, only when someone dies do we stop and appreciate them.  Let’s not wait any longer!

Here is a look at my fledgling ‘still alive’ series.  Of course, many have since passed on.

2 thoughts on “Harry Belafonte is an American Hero”