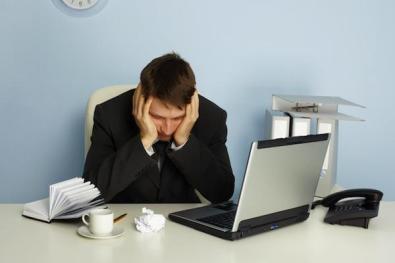 Brought him his dry cleaning. He looked at the tackiest shirt, his ‘dearest’ and freaked. He said “you call this a 60/30/10 collar starch”. Then, he threw his warm tea at me. Then he fired me, and began crying… again. Don’t be concerned about the collar. I am pretty sure there is no such thing as a 60/30/10 anything. Neither did the dry cleaner. He asked if I wanted light, heavy, or medium starch. Then, he yelled ‘and that is for the shirt. You don’t starch a collar, dumb ass.”   To be fair, that angry little Asian man did NOT throw hot tea at me… so we have no beef.

The tea was tepid. I learned that one quick. Doesn’t Morrissey like his tea hot? One would assume so. However, I have never seen him drink a sip. Usually, I come in every morning with his comically long chai/coffee/tea drink order, and whatever errands he gave me the night before. Inevitably, I screwed up one of these tasks so horribly that the only choice he has is to throw boiling chai in my face and proceed to cry.

It’s kinda ironic if you think about it. The one thing I actually do screw up every day is getting him a tepid tea. Before he gets to the tea, though, he is usually so upset about something else. One day, he may get to the tepid tea. He will of course be very disappointed. He will likely then throw said tea in my face and … well… you know.

So, I have learned to wear a shirt I don’t care about into the office (its’ a dirt walled basement under a closed down amusement park. Says it helps him connect with his sadness hole… seriously… used those words verbatim) and I bring a couple changes of clothing.

I know what it sounds like, but it’s a pretty great job.   I get paid a ton, and don’t have to do much. He doesn’t trust me to do anything for him. However, he has had such insanely high turnover in personal assistants that he just wants someone who won’t leave him. Those words exactly, its in our contract.  The contract?  It’s a thing of beauty, you should see it.  It’s 15 pages of things like ‘promises not to be mean to me’.  What it doesn’t have?  A confidentiality clause.  Guess he wrote it himself.  The last lawyer left here in huff, years ago.  Covered in boiling hot tea, of course.

Uh oh, silence from the other room. This means he has stopped crying, and coming my way. Have to go, talk soon!

Today he stormed in and told me to cancel the whole tour.  We call that Wednesdays around here.  Anyhow, I explained to him we don’t have a tour booked.  As he stormed out, he yelled “Well then, Trevor… book a tour, and then cancel it.  Do you fucking job, Trevor!”  I wish I could report to you that he wasn’t crying at the time, but I think we all know the answer to that.

*** my name is not Trevor.  Not even close.  not like a dare mention that to him.  What a Trevor!