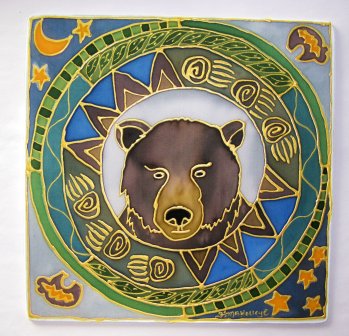 What is the stupidest thing you did as a kid to try and look cooler?

What is your opinion on swearing?

Un fucking necessary.  You have a vocabulary, use it.  Profanity is for small minds.  You know who doesn’t need to swear?  Bears.

What’s something you’ve been searching for years but had no luck in finding it?

Why poor people think that Republicans are fighting for them.  Seriously.  Wait, I overthought that.  It’s not an issue about what the GOP can do for them, it’s the whole gun thing.  You will never find a Democrat on a dirt road in America.  Well, besides me.  EVERY one on a dirt road in America is a Republican.  It is all for only 1 reason > guns.  Sorry, let’s focus.  What does this have to do with bears?

You’re now a serial killer. What’s your weapon of choice, and what will you be known for?

For quite some time now, I have had a bear for a bodyguard.  He is fucking nuts, and it was a terrible idea.  I know that now.  So bad an idea that I now have to have a bear bodyguard to protect me from my bear.  I have reason to believe the bears are colluding against me.  I can’t fire them, either.  One of them is a black bear, and he is now a protected class.  Plus, I am pretty sure he is gay.  Also protected class.  Every try a fire a bear with double protected class status?  Oh, and he’s union… so I have to give him a raise every year.  He calls me ‘Timothy Treadwell’, and I have no idea what that means.

Point being, anyone out there know a bear hit man?  I can explain more in person.   It has now become a union thing.  Whatever you do, don’t mention the missing eye.  It’s a real ‘hot button’ issue that I may or may not be on a write up for.

Add ‘ING’ to the end of a movie title, what’s it about now?

Spinal Tapping.  It’s a 30 minute sit com about 3 Ne’er-do-well roomates who are all medical interns.  From Boston, they are ‘Southies’, and are all reassigned to work a clinic in Miami.  Here is the twist:  they were all on probation.  As the tough by still tough head doctor messed with their paperwork.  See, he hates the director of the Miami hospital more than he hates these shithead interns.  Why?  We reveal that in season 3.  Now…  they have a clean record, and were all marked as developmentally disabled, but still somehow super capable, spinal surgeons.  Can they make it work?  Can they make it work, together?  Find out this Fall!  It’s hijinks, it’s heart, and it’s a lot of lazy writers executing on tired tropes. Spinal Tappers, Thursdays at 9 pm.***

*** I got a 3 season guarantee and EP status.  This show, which hasn’t filmed an episode, is already negotiating syndication rights.  How?  We got Chuck Lorre.  Dude made Big Bang and 2 and a half men.  He could turn his bowel movements into a 3 camera sitcom and sweet the emmies.