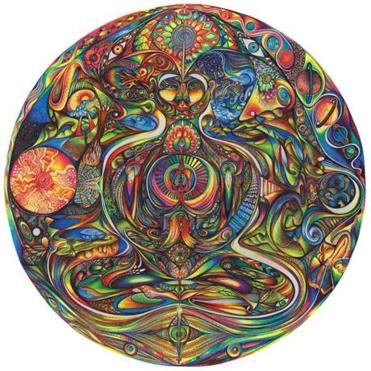 What is never going to stop being funny?

me, hopefully.  HEY, I am serious!  I work hard to be funny.  Sure, a lot of it is natural… but like any other trait… in only succeeds if you nurture it.  You may see the greatest violin player in history.  Odds are, they are musically gifted, sure.  Odds are, also, that they have practiced more than anyone else in their peerage.  Am I comparing my ability to make people laugh in casual conversation with being the greatest violin player in history?  Sure looks that way, doesn’t it?

What piece of stand up comedy (10 minutes or less) has successfully made you cry with laughter?

Robin Williams bit on golf.  I need to find the link.  It is a 4 minute bit from him on HBO years ago doing a Scottish accent and it’s the most perfectly crafted stand up bit in history.

What joke is hilarious, but takes a few seconds to get?

You have five minutes to talk to your pets and they’ll understand every word you say. What do you tell them?

I need you all to start doing some chores around here.  Plus, I am giving you a designated area to crap in.  I don’t mean to threaten you, but there are a LOT of dogs who would give anything to have your spot.  Also, you know I volunteer at the dog shelter.  I could have you three shipped to the Sahara Desert in about 45 minutes.  That is all I am saying.  Do with that info what you need.

When was your biggest “I should not be laughing” moment?

Watching the GOP buckle under Trump.  For the last few years, the GOP has pretended to make an effort to show they are more than racist old rich white guys.  They even hired a token black fellow to a chair position.  They are at least smart enough to know that their demographic is slowly disappearing.  THEN… in comes Trump.  Us Liberals love Trump as a candidate, because he perfectly embodies every Republican stereotype.  Rich, White, tax-dodging, woman hating, homophobic, non-Christian phobic, openly games the system to benefit himself.  Whether or not he wins, this will haunt them.

Lastly, I have to say this about Trump. People love him because he doesn’t seem to be beholden to the political process.  We all know our Congress sucks balls, and has for a while.  We know they can get NOTHING done, because neither party will let their members step across the aisle to do what is right for the country.  Know why nothing gets done in Congress to benefit working class Americans?  Because corporations own the country, and they craft policy to suit their corporate needs.

That being said, why even bother to elect a human?  Since they are terrified to vote against their party… you are really only voting for that party for the next 2 or 6 years.  Looking deeper, a Congress person needs to raise $15,000 a goddamn day.  EVERY day, to be able to afford re-election.  This is why they are in the pockets of rich lobbyists… they need them to keep their jobs.  So, why not skip ALL this artifice and just elect the corporations spend the most money?  Well, in electing Trump… that is exactly what you are doing.