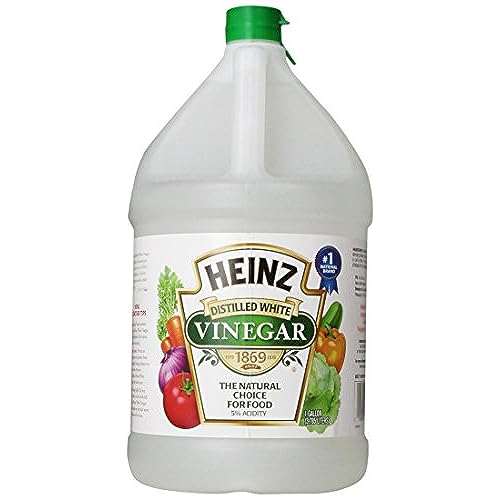 You use bleach to clean around the house.  I know why, it is very effective.  Even if you don’t think you are using bleach… pretty much everything under your sink has bleach in it.  You gotta throw all that shit out.  Bleach is poison.  It will also damage stuff.  It will damage everything.

I never liked using bleach, and am not in a position where I can’t. We live on well water, and you can NEVER use bleach in that situation.  It messes up your septic tank.  I have had to find an alternative, and I was successful.  I want to announce here and now, in front of god and everyone (except my wife)… I am marrying vinegar.  It is the ultimate cleaning solution.  It also is completely non toxic, and cheaper than water.

Your glasses are cloudy when they come out of the dishwasher, aren’t they?  They have been for about 3 years now, haven’t they?  It because they took the good stuff out of detergent, called phosphates.  I have no idea what they are, but they are apparently bad for the environment.  So what is the work around?  FIRST… run your dishwasher with NOTHING but about half a gallon of vinegar.  Right now.  No soap, and no dishes.  It cleans the dishwasher. I do this monthly.  Now, run it again with a about half that much vinegar, and maybe a little bit of soap, and put all your glass wear there in and run it.  They will come out perfect.  I will not call it ‘stemware’, by the way.  If you are calling your glasses ‘stemware’, then you are the turd you made fun of when you were a kid.  All the piping and plumbing in your dishwasher (and everywhere) is covered in years of gunk.  Vinegar breaks down hard water deposits, especially when forced through the the washing machine.  How about your shower heads?  Yeah, they are a hard water mess.   Unscrew the thing and let it sit in vinegar for half an hour.  Total time invested, about 32 minutes.

I use it on the coffee maker about once a month.  Same reasons.   Run a FULL pot of just vinegar.  Then, start cutting it with water.  After you run about 2 pots of pure water through, the smell will be gone.  While we are at it… why are you drinking paper water?   Get one of these. Your coffee will be better and you are saving the forest, AND not using bleach. Also, know how they get those coffee filter paper thingies white?   Bleach, you monster!

Here is a trick I learned training for the Red Cross.  Ever get smoke in your clothes?  Especially fire smoke (as opposed to ciggie smoke) it can be impossible to get out.   Try vinegar!  Vinegar is an amazing natural whitener for laundry, and it won’t eat up the fibers like bleach does.   Works in toilets, too.   I am going though about a gallon of vinegar a week cleaning stuff around the house. It’s like $1.25 a gallon.  Lastly, it doesn’t go bad.  Did you know that the second bleach is exposed to sunlight it becomes totally ineffective (and then airborn poison)?  I don’t know the science behind it, but it’s true.  I read it on the internet.  Also, I invented the coffee maker.  How do you know?  Because its true… you just read it on the internet.

lastly, if you look online… apparently apple cider vinegar cures everything.  Even personalities.  Well… not yours.  But your friends sure could use a little.

What the hell is vinegar?  I don’t even pretend to know.  I just assume it comes from (renewable) old growth vinegar trees.

I mean… those people are swell and we appreciate them.  Being a writer, Yet (and trust me, I looked this up) not a single one of these pussies had the stones my heroes are the cartoonists at Charlie Hedbo in France who dared acknowledge the existence of Allah.  Crazier?  They drew an image of him, and they all died for it.  Guess what they didn’t write about?  Not a single one of your ‘heroes’ write an essay about vinegar.

“seek not to follow in the footsteps of your leaders.  Seek what they sought”

***yeah, I was going to attribute that to the great Arthur Schopenhauer.  Until I remembered he never had the courage to cover vinegar