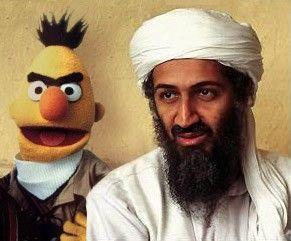 What was that cool thing/brand that everyone wanted when you were growing up, but now you’d get laughed at for having?

I can’t give you that.  While I wasn’t terribly uncool, or spazzy… I wasn’t one of the cool kids.  Were I, think I would be writing this drivel for aholes?  No, I’d be out partying with my cool friends.  So, I offer you the opposite. In about 8th grade… so we are talking 1984-ish… I had Birkenstocks.  Those are the super comfy sandals… that soon came to be openly mocked and associated with dirty hippy losers (a la the perennial punching bag, patchouli).  They were AMAZING, but people just thought they were weird and dumb.  Plus, I had long hair at the time, so I was pretty much the stereotype that evolved.

Anyhow, what none of you know (who have never owned ‘Birks’) is the footbed was cork.  What this meant is that over time, your foot totally formed it.  What this meant is after about 6 months, your ‘birks’ were completely customer fitted to your feed.  Like a favorite pair of jeans, but 100 times better.

What website do you no longer go to, but was once a favorite?

Bert is Evil!  It was a novelty site from early in the internet.  The premise was stupid, and simple, and delightful!  Photoshopping Bert, from Sesame Street, into historic tragedies… implying the only common thread in man’s darkest moments is Bert.  The pictures still live on, god bless the internet.  Here are a few.

What food did you love as a child but hate it now?

Gosh, again I can only think of the opposite.  I was a very picky eater as a child, but am now more open to most things (except: olives and mushrooms).  Lastly… who says gosh anymore?  ME!  I am trying to swear less, !  , can’t I say anything?

** editors note.  We really tried to take that those words out.  He knows to NEVER use them, and actually prefers gay folks to the breeders.  He agees these are words we should mostly move past.  Seriously,  he has even married them.  He just misses using the word in the 6th grade, South Park sense.  And if you don’t think 12 year old boys talk like that, you’re prolly anyway, come on!  We can’t use ‘midget’.  Is little person better?  Sounds creepier to me.  Easy for me to say, though, I ain’t no little person!

What’s a scam that people throw money at without knowing it’s stupid?

Television.  I likely don’t work or commute that much more than you.  When I get home, I have about 2 to 3 hours to hang out with wifey, make dinner, clean, laundry, garbage, and all the millions of other things that adulting requires.  That gives me about 2 hours a night max to watch TV.  And I LOVE tv.  But, not enough to pay $120 a month for it.  Last time I did that, I just lived in DVR debt®.  Yeah, I got all four seasons of ‘Rescue Me’ on the DVR (youtube it, that show was brilliant!)… when am I going to find a magical three days to sit and do nothing but watch it.  Now what about the other 7 shows I recorded season passes for? ****

I know I just talked about this, but our tv bill is about $120 a year.  Netflix!  Now, we have Amazon Prime for tv, but I don’t count that in the overhead… since we do it for the free 2 day shipping.  And… we have Hulu, but not an account.  We are simply using Ashley’s log in.  You should, too.

Pigs have sprouted wings and can now fly. How does this affect life as we know it?

Bacon becomes a gold like commodity.  Remember, pigs are both very smart, and very mean.  Once they can fly, we are fucked!

*** the pinheads and narcs at WordPress would like me to know via spellcheck, that these are not words:  adulting, youtube, and wifey.  I nailed all that shit in one paragraph.  I gots an English degree, muthafuckas… so if I say a word… it’s a word.