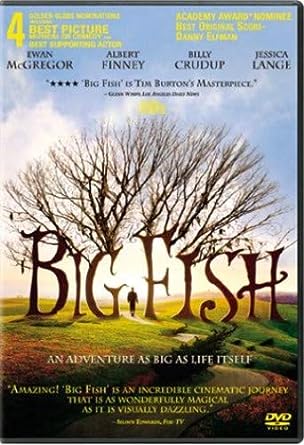 What bad film could be made into a great film if it were to be remade?

If they put some driving scenes in the movie ‘Drive’.  There is only about 2 minutes in the opening scene, and no one drives again.

Probably asked and answered, but, what is the absolute worst movie of all time?

Gangster Squad.  Now, the movie is terrible, no doubt.  But that isn’t what makes it the worst of all time.  Oh no, it’s the cast.  This is an Oscar and Scorsese level cast, all in a movie that is a smoking crater of refuse.  I am going to show you the cast, and you will wonder why you have never heard of it. > Josh Brolin, Ryan Gosling, Giovanni Ribisi, Nick Nolte, Michael Pena, Emma Stone.  There may never have been a cast assembled this good.

Since it is art, I am hesitant to call anything ‘the best’.  Here is a current favorite that is far under the radar – Big Fish.  Don’t even rent it.  Go buy it NOW.  It will make you a better person.

What makes a better movie adaptation:  a Nonfiction story or book or a novel to film?

I prefer non fiction.  To me, it is easy to make up a character and cast them.  There are no expectations.  But, how do you cast someone like Hunter Thompson?  Billy Murray was great in the first one, but the Johnny Depp one is the perfect movie!  Depp gets so far into Hunter, I don’t know how he made it out.

Off to youtube – whats a good ‘Tube post/link/scene from a movie that brings back the whole film so you don’t need to rewatch it?

I don’t think a clip of this exists, so I shall describe.  A scene in ‘Fish Called Wanda’ where John Cleese is being verbally eviscerated by a king string of expletives.  At the end of the tirade, Cleese says to Cline’s character (Otto) “you are a true vulgarian, aren’t you?”

And Otto comes back with the perfect response (clearly, not understanding the jibe) “you’re the vulgarian, you fuck!”  WAIT WAIT WAIT

I found it, and you are welcome!