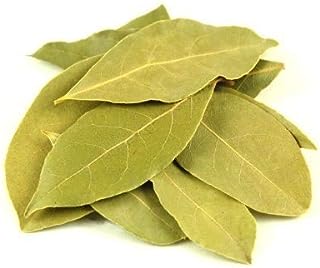 A couple of months ago, I was lucky enough to go to Peru.  To be brief, coca leaves are everywhere down there. Yes, coca leaves as in cocaine.  They are mostly used for tea. Every hotel we stayed at had baskets of coca leaves out with hot water to make coca leaf tea.  This was 24 hour a day access, where even coffee was only available during business hours.

So it’s available is all I am saying.  Thing is, the USA tends to super not appreciate us bringing that product back.  One would imagine airport security and customs would be especially worried, and trained, to deal with these things.  You might think that Panama was super duper worried about these things, what with Noriega and all that.  Let’s just leave the second and third person omniscient.  I would think flying home to the US from Peru, through Panama, coca leaves might be a concern.  I kinda had an experience with this, and it turns out not so much.

Let’s say I had a big bag of coca leaves in my bag.  Surely, I wouldn’t do such a dumb thing. But let’s say I did, just to further our narrative.  I forgot about it, how about that? This was 80% true.  I had so much shit packed into that bag.  Two weeks of traveling in the jungle and up to Macchu Picchu were all backed into a single backpack.  Sidebar – this is the backpack, the Osprey.  For two weeks I lived out of this, and I have to have warm enough clothes to climb Machu Picchu, but also to accommodate a week in the jungle on the amazon headwaters.

Coming home from Peru, we had a layover in Panama.  It was rad, because we could see the Panama canal from the plane.  Deplaning, though, we had some very strict security I have never encountered anywhere traveling the world.  We were all stopped by US looking security people who wanted to see our passports. This was on the jetway, before we were in the airport.

Whatever, we had our passports (of course) so we showed them and that was that.  It was just weird. Now we are in the concourse, and we find our gate. The gate has a whole new security checkpoint.  I guess it makes sense, as these were flights going to the USA. The weird thing was that it was very clearly a temporary set up.  They had the magnetometers for people, and the scanning thing you put your bags through. Even though everyone in this airport had gone through that before (in Peru, to get on the plane going through Panama).

The lady sees a lighter, which I didn’t think about because they are finally allowed.  I got to Peru and back to Panama with it never being an issue. She asks if she can search my bag for the lighter.  I tell her absolutely, I have nothing to hide. I didn’t say the last sentence, as we were speaking in Spanish. While searching through my bag (a large soft sided Osprey pack, they are dope!) she pulls out a bag of coca leaves.  Asks me what they are. Very quickly, I say in Spanish “Those are bay leaves, I am a cook.”  Let’s just appreciate how quickly I pulled that sentence out… in Spanish nonetheless.  This was not an excuse I was preparing for.  Were I prepared for this moment to happen, I would have throw them out.

She now has a big ziplock bag full of coca leaves in her hand from my backpack. Well, looks like I am going to Federal Pound me in the Ass prison! In PANAMA. This lady’s SINGLE job basically must be looking for coca leaves from crackers leaving Peru and heading to the US, right?  She smiles and says “Ok” and puts them back!   Look above, at the top of the post.  One of those is bay leaves, and one is coca leaves.  You may not be able to tell the difference, and neither can I.  But it you are a customs agent searching bags from Peru… I think maybe you should kinda know the difference.

Point being, l guess… if you need to smuggle coca, go through Panama.  Just surprised she didn’t take her cut.