Which truck are you most excited not to get?  I have mentioned here on several occasions my love of trucks.  This doesn’t make me much of a novelty, though.  Apparently, the Ford F150 isn’t just the best selling truck, it’s the best selling anything.  I had a couple Ford trucks, the F250 diesels and always had electrical problems with them.  Yet, I am super intrigued by the Ford F150 Lightning.  I think I want one.  I would never buy the first year model of anything, I don’t want to be the beta test.  Good news is, that isn’t a possibility.  These trucks aren’t coming out.  Think of them more as concept cars, like this cool as Mercedes. 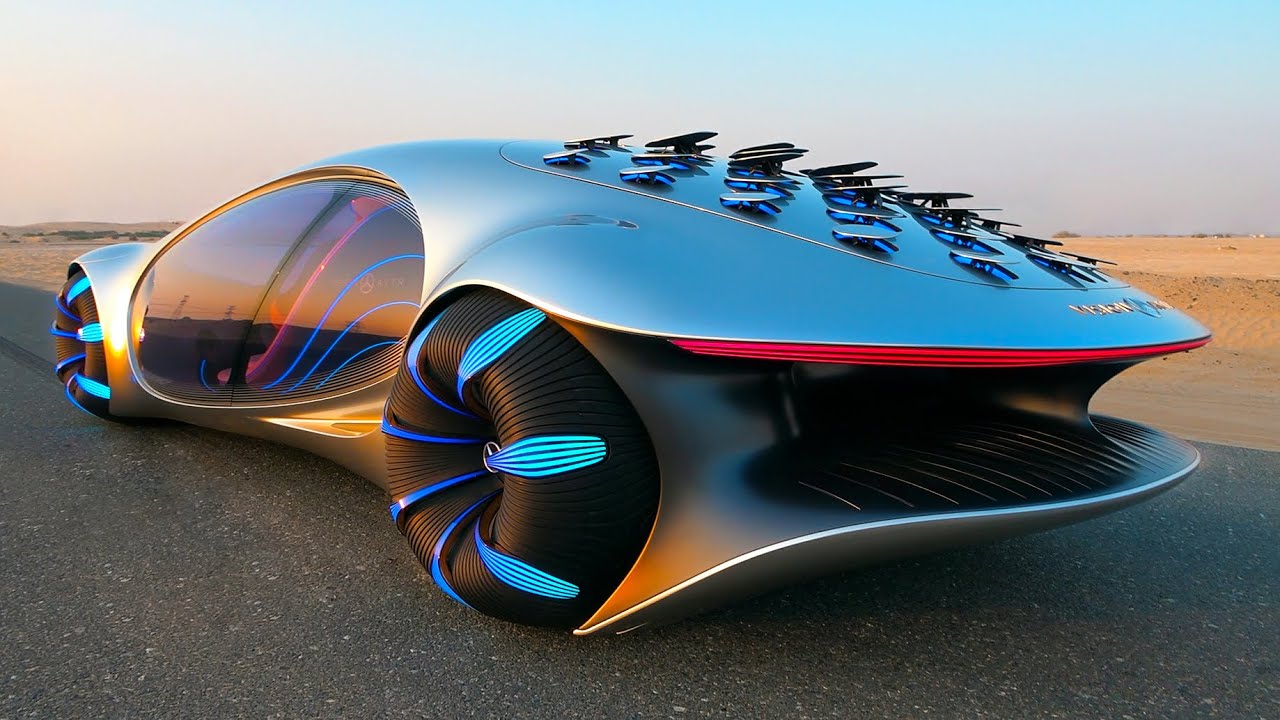 Cool car, isn’t it? There are even videos on it. The thing is, do you ever expect to actually see one of these on the street?

Just like there are tons of video on the new electric trucks, the F150 Lightning, and Rivian, and the Tesla Cyber truck.  NONE of these are being made right now.  It seems they made just enough to create reviews and send to car shows.  The F150 Lightning is supposed to be a 2022 model year.  These then are cars that come out in the fall of 2021.  They aren’t coming.  When Ford gets around to maybe making some, they said they could do as much as 15,000 a year.  Yet, they have a backorder of nearly a million.  I’m not a math guy, but that’s a long time before you or I can go into a lot and drive away with one.

Tesla has recently pulled any production dates on the truck offline.  It appears it may not be made at all.

The Rivian, which tends to get the raviest reviews, doesn’t have a distribution method.  No dealers.  So you can’t, and won’t, have one.  Maybe you haven’t heard of this, or seen it.  It’s a new company, which is why you can’t have one.  It looks a little odd, but not nearly at odd at the Cybertruck. 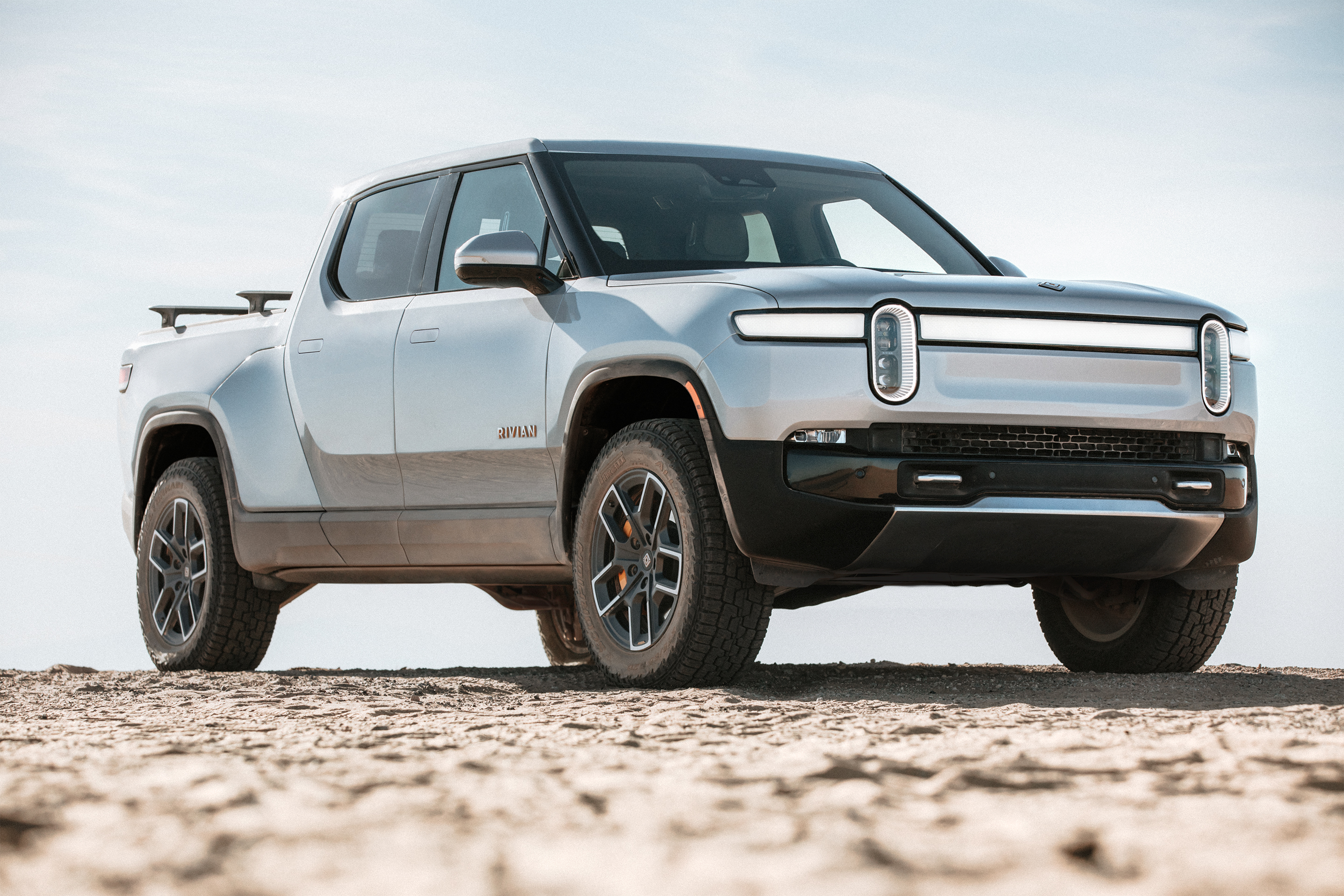 the problem with the Rivian is very simply the problem with the American car business.  You are not allowed to buy a car from a manufacturer.  You can’t, its against the law.  You can buy a Ford or Toyota, but not from Ford or Toyota.  Nope, you have to go to Frank’s Ford to pick one out.  Especially in the era of the pandemic, wouldn’t it be nice if you could design your own model online, pay them, and have it shipped to you?  Well you can’t so shut up.  and Rivian doesn’t have any dealers.  Why look, this new magazine says the Rivian is the car to buy in 2022.  Yet, the Motley Fool says buying one of these in 2022 would be a mistake.  So do these people. Either way, makes no difference.  You can’t buy, they don’t exist, and I am not sure if they are coming at all.  With both Tesla, and the Rivian, the trucks are referred to often interchangeably with their stock.  The Rivian has about 200K pre-orders.  That shouldn’t be a problem for a company that makes trucks.  This company doesn’t… yet.  They hype trucks, and talk about them.  They demo them, but they do not make them or sell them.

Now, the reason they say NOT to buy Rivian stock is exactly why I write this piece.  They say now is not the time to buy Rvian, because they might actually make trucks.  Making these trucks is super expensive.

In Rivian’s Q3 shareholder letter, the company noted that it had produced a total of 652 R1 vehicles. Management also said that despite having the installed capacity to manufacture 150,000 cars a year at its factory, it would fall “a few hundred” units short of its 1,200 vehicle production goal for 2021. Again, building complex systems for automotive production is hard. It’s possible that it  could be several years before Rivian dramatically increases its production rate.

Subtext “making cars is hard y’all.  WAY harder than we thought it would be.  Stop being so mean.”  The subtext also seems to be that this is a great company to invest in until they actual get around to one day making trucks… which will bankrupt them.  The article explains it took Tesla about ten years to make a penny of profit.

What have we learned?  Just with Rivian, we have learned if they ever to get to mass production (more than 15,000 trucks a year), it will bankrupt them.   What will you care if you get your hands on one before they go under?  It means no one to service it.  Don’t worry, you won’t get tricked into buying a Rivian soon.  They still don’t have a distribution deal.  My guess is for distribution they will have to piggyback off an infrastructure that has one, and also doesn’t care about trucks.  Like Nissan, or Honda.

I was most interested in the Ford concept truck (let’s just call it that, since it won’t be no the market for you or I for about a decade by their numbers) is the idea it works as a generator for your house.  This is beyond brilliant, and leaves me wondering why no other electric car offers that.  They are all the same thing… a big bag of batteries and computers.  I live a bit off the grid, and many of my neighbors have generators.  A proper home generator starts around 25K, and isn’t something you can get at Costco.  A proper battery backup is another 25K.   So, you see why the concept of a 75K truck that also covers my need for a 50K generator set up seems like a dream.   But that’s the problem… it’s only a dream.  By Ford’s own numbers (if) and when production starts in a year or so, they can only commit to 15,000 trucks a year.  Obviously, this concern is beyond them.  Nobody wants to not make cars.  But I feel if any of these companies put the energy into finding/making chips and batteries that they put in advertising, they might succeed one day.  Well, not Musk.  He is pretty busy saving the world and rehearsing to be a real life Bond villain.

Is there a consumer protection agency?  Is that an actual thing?  Like that show ‘Fight Back w/ David Horowitz’… that is what we need.  He would take products and test them against the thing they said they could do in the commercial.  Anyhow, if there is a consumer protection agency, they should pull all these adds off the air until the product is available.  Imagine Kraft mac and cheese doing a commercial saying ‘Kraft Mac and Cheese with Bacon’, probably available in about 5 to 8 years.”   It works, though, we are talking about these stupid trucks.  I look forward to when I can look back at this post in 5 to 10 years and see how it turned out.

Not even go to do anything on the Cybertruck.  That was ‘launched’ in 2019.  None have been made, and it was announced none will be me at least any time this year (2022).  Btw, if you think Ford is F’d with their backlog, apparently Tesla has sold options/deposits on this truck of 1.3 million.  So, if that truck ever comes to market, it will similarly be 5 to 10 years before they are actually available to walk up and buy.

Now… that truck at the very top.  I think its the most important single truck alive. Its more important than the ‘Bonnie and Clyde death car‘.  This is the ‘Top Gear Unkillable Toyota‘..  they took the Toyota truck (known as the SR3 in the US, and is STILL called the ‘Hilux’ around the world.  they blew it up, trey drown it in the ocean, they set it on fire… it still drove.

you really must watch these videos.  here is the first, where he drives it down the stairs, rams it across a building, drives it straight into a tree, and then drives it into the ocean.  that’s all before the challenge starts.

in closing, here is what seems to be the case with electric cars, and this is a good thing. Your next car might not be electric. But, the one after that one will be… pretty much whether you like it or not. The reason I am obsessed with discussing electric trucks (as opposed to just electric cars) is two fold > 1) I love trucks and have only owned trucks as a daily driver since 1996. This is 15 years before we had a ranch and horses to two. 2) I have a ranch and horses to tow.

*** update – not to be outdone, Chevy is also not making an electric truck that you can’t buy. You can see the commercial, but the truck doesn’t exist. It may not ever. Here is the commercial, its the Soprano’s one. Dig the fine print