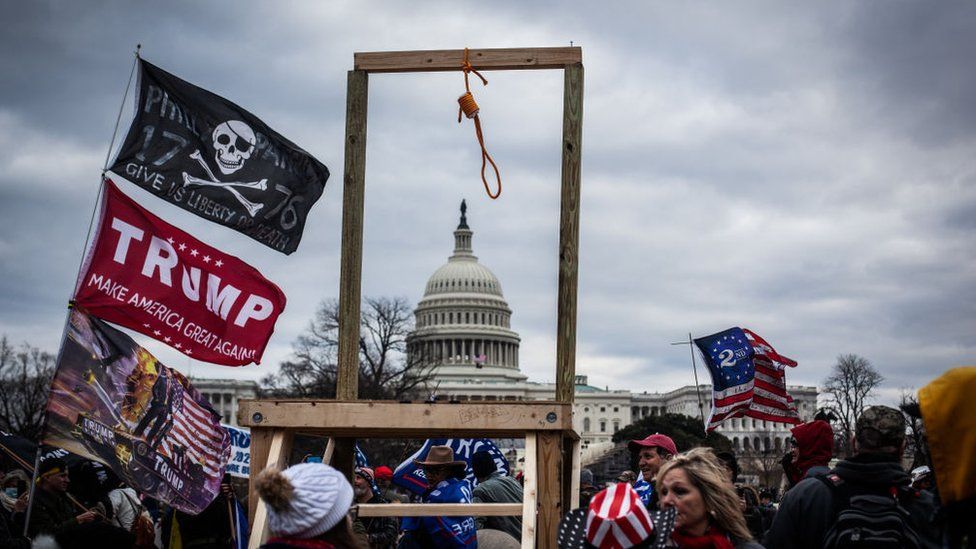 Are you following the public hearings on January 6?

Oh yeah, when Johnny Depp tried to take the capital?  That is fucked up, but it involved his saving Pam Anderson, right?

Are US politics irrevocably broken?

Nope, but they are pretty bruised up.  Sad to see NO accountability or concern on the right.  No one on their side seems to be standing up for Democracy besides Liz Cheney.  Who would have guessed a Cheney fighting to save to Democracy?

What’s a better way to elect a president?

Get rid of this electoral jive, ESPECIALLY ‘Super Delegates’.  The whole jive totally undermines the very concept of democracy.

Should we instead be led by a queen?

that whole monarchy thing seems dumb. And, they do not lead anything, that is what is weird.   Their parliament (akin to our Congress) handles all the laws.  The monarchy is just an annual billion dollar cash sinkhole for pomp and history.  I can assure you most or all British feel this way.  This is the shit the Sex Pistols got famous for 50 years ago…  I’d say the Queen won that one.  After this wonderful lady, and total badass (fought in the military, and now just waiving white gloves… she was a mechanic) passes… just end the whole thing.

The alternative?  To give the crown to Charles, who is wildly unlikable?   And he is in his 70s… so they will literally spend about a billion dollars for his inauguration… and have to do it over again in 5 or 10 years when he passes.

Should there be an age limit placed on the US presidency and US Federal judges and supreme court justices?

I’ll leave that to smarter people to comment on that.  I know that personally, at 50, I certainly don’t feel I am getting any sharper.  But, its not like I shit in his bed.  I mean, how is Amber Heard fit for service as a royal OR with SCOTUS if she shit in Trumps bed?

Ok, last word on both.  The Depp/Heard trial, I feel it is none of our business.  It appears they are both nasty assholes when they are drunk, which is more often than seems wise.  But not my business.

On the Jan 6th stuff?   Hang every motherfucker involved from the rafters.  Can you imagine how the right would have reacted if the left did that?  They would say “see, I told you they were all anti patriotic pot smoking hippies”.   Or, imagine if it was an all black takeover of the capitol.  May you don’t believe a word of proof, and think it was secretly liberals.   The fabled ‘antifa’ cabal.  Ok… let’s say it was.  Don’t care.  Hang them, too.  This is sedition and terrorism.  Hang them all, in public!