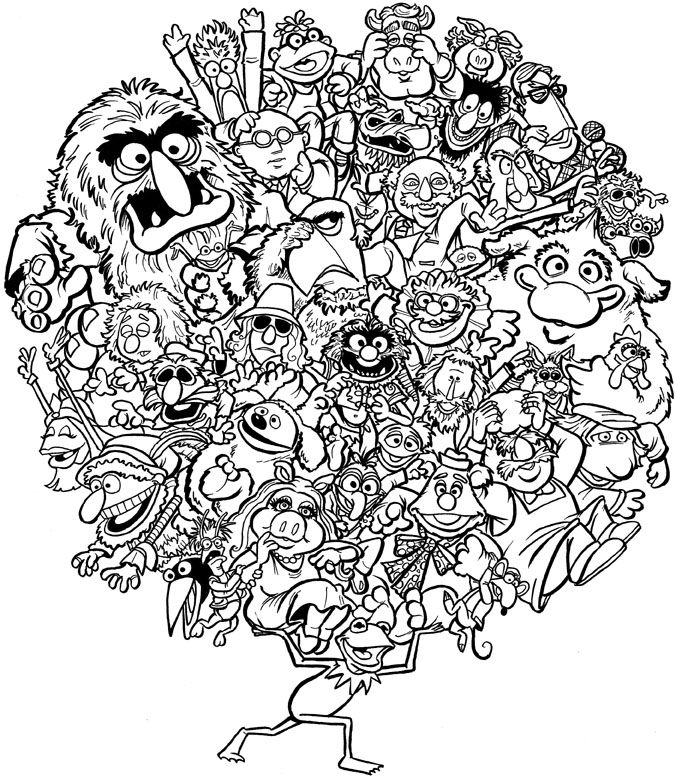 Who is your favorite Muppet/Jim Henson character and why?

Beaker.  He is utterly pointless.  He doesn’t talk, just reacts.  He is pure id and absurdist dada nonsense.  If Salvador Dali were to be asked to design a Muppet (and trust me, do NOT make that offer) he would come up with Beaker.  But Dali was nuts.  Should I capitalize the word ‘Muppet’.  I think if I am using it as the familiar generic term – a la kool aid, kleenex, mac and cheese, crescent wrench, Philips screwdriver – I could leave it lower case.  But since I am referring to the intellectual property of a titled and trademarked title… I should capitalize.  Lord knows how much respect I have for trademark here.

Is this fuck, marry, kill?  Fuck Ernie, Kill Burt, Marry Beaker.  Der der der.  Or, and we can use this guy for the gritty AMC reboot.  Look closely at those black eyes.  That is a serial killer.

Piggy or the Swedish Chef?

What are we asking?  Who I prefer?  I’ll imagine the offer is I am stuck on an island with one of these folks, who do I choose?   The chef, because I am hungry.  Wait, doesn’t he destroy or blow up everything he works on?  I vaguely remember something like that.  That that was his ‘hook’, besides the silly vocalizations.  I still choose him, as the explosions will send smoke signals to Kermie and Gonzo to come rescue us.  And yes… I plan to apologize to Gonzo.  Lets just drop that whole thing!

Battlestar Gallactica or Pigs in Space?

For me, when I want high brow science fiction, I head right for the State***.  The Bearded Men of Space Station 11.

Correction.  Didn’t the Battlestar reboot have a super hot principle star?  I never watched the original series, but I did watch the first season of the reboot – about ten years ago.  It was really good.  I think the piece hooked me was I know the old bad guys used to be robots… the Silons.  It was a super obvious bad guy.  Now, the silons can be human… or look human.  That is a game changer, my friend.

If Kermit was a famous fiction character, how would he be?

*** the state is a sketch comedy show from the 90s that ran on Mtv.  It ran only for about two years, but it remains the best sketch comedy show and troupe ever.  You will recognize half of them, as they have gone on to success sense then.  If you know Reno 911, that is also from the State.  And bonus, did you know ALL of reno 911 is improvised?