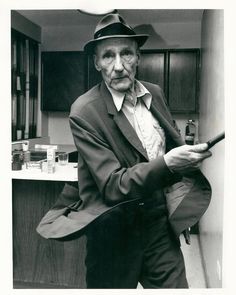 What is the best book you have received as a gift?

Lamb: The Gospel According to Biff, Christ’s Childhood Pal

Was a gift from Jamie.  It was a really nice surprise, right before Christmas.  Wrapped in foil, I believe.  What an amazing and powerful and fantastic book.  The author is Christopher Moore, who I have read a bunch of stuff from since then.  I was thrilled to get the opportunity to pass it forward, and gave my copy of the book to Jeff.

What books are on your nightstand?

An Esquire magazine, and Down the Highway, the life of Bob Dylan.  Note, this is a book book.  I clarify that in case you follow my reading logs, you’ll know I consume all my books through audiobooks.  Since I am working from home, though, I lose that 2 hours a day I was getting of audiobook time in the commute.

This is a great book.  I am a very big fan of Bob Dylan, and have read several books on him.  This is the best so far by a long shot.  I already read this book back in 2018 (according to my own archives, I had to check as I don’t retain that info), but I prolly skimmed it.  Knowing me, I wanted to read up through 1966.  Then, I probably skipped ahead to 1974.  This was a banner comeback year for Bob as that year produced the masterpiece ‘Blood on the Tracks’, and the just recently released ‘Rolling Thunder’ tour.  Then, I probably stopped reading around there, and that was a mistake.  I absolutely do not care for 95% of the music post 1975, but his story is interesting.

I should note here that I dropped off the Dylan train in 1965, here is why.  NOT because he ‘went electric’.  No, Bob was electric back in … ’63?… with ‘Another Side of Bob Dylan’.  Folky acoustic Bob is great, obviously, so is he early turn in rock and roll.  I mean… Highway 61 revisited, Like a Rolling Stone, Just Like Tom Thumb’s Blues… that is amazing full rock and roll band production awesomeness.

As you might expect, Bob is a very withdrawn and shy and weird guy.  Wildly insecure about everything, though… how he plays, how he looks, how he sings.

What is the last great book you read?

Fair question.  I am juggling a few, between 2 audiobooks and the Dylan book.  Though the Pellicano book was quite impressive, I have to go with ‘When I was Cool’ by Sam Kashner about the first student to study under Allen Ginsberg in Boulder for the ‘Jack Kerouac school of disembodied poetics’ in the mid 70s.  Not just the first student… but the only.  It is great storytelling, and features a ton of William S Burroughs tales.  Isn’t it odd to think of William S Burroughs in Boulder?

Pretty sure Bill Burroughs was born as a 50 year in a suit.  Always in a suit and tie… always.  Not exactly the stereotypical image that comes to mind if I tell you about a junkie living in Boulder.

Vacation.  There is too much happening at home, and I have the attention span of a gnat.  No, I am not going to get all hyperbolic and say “a coked up gnat”, either.  As far as gnats and literature go, I consider myself at the high end of the spectrum.  I wanted to read ‘the Satanic Verses’ and ‘Midnight’s Children’, which are both dense and thinky books.  I knew I couldn’t just attack those a few pages here and there.  So, they went with me to Mexico.  Its also how I read the super fantastic (and wickedly long) Springsteen autobiography.  What a treat that book was, especially as it was consumed on a hammock in Mexico over the course of a week.  Incredible writing, and maybe the first rock star to not use a ghost writer.

What kind of reader were you as a child?

Wasn’t.  hated it.   hated it like kids hate spinach.  Years later, in high school, I found out why.  Not because reading was sucky and boring… though it was.  Not because I have an undiagnosed learning disability… unless winning and having Tiger Blood are a disability.  It’s because the books I was fed as a kid were shit.  All that Newberry Award winning garbage.  All that SUPER tedious crap of the Bronte’s and hundreds of pages of repressed longing from the aristocracy of the British moors.  My god that shit was boring to a 10 year old boy.  Why not give him a screenplay to a Downtown Abbey episode?  That is how much I could relate.  Until… in high school… Kermit turned me on to Jack Kerouac, Hunter Thompson, Henry Miller, Bukowski.  Now these people were leading the kinds of lives I wanted to be a part of.

Note – in case you care, and I fully get it if you don’t, I archive everything I read over on this tab.  I do it for my own reference, to track what I have read and when.  For years I kept it unpublished to use as a self reference tool.  But then I figured… why not share?  Let’s talk about books.  I love books.  Not just the stuff in them, but the idea of them… the look and feel of them.  The smell and history of them.  Though I ended up with a degree in lit, it was never my goal.  Obviously… what a useless degree.  But, books were something I loved and opened me up to the world.  What a gift, just like music.