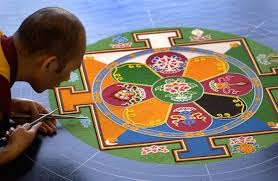 What’s an underrated album by a really big artist?

Sap, by Alice in Chains.  Yes, you all know Dirt, and Unplugged, which are fantastic.  But did you know they snuck off and did an almost secret mini acoustic album?  It’s called Sap, and its beautiful.  With Layne’s vocals not buried behind a wall of heavy metal, you can really hear him sing  Bonus is Chris Cornell and Mudhoney pop up on there.   To a song that is legally credited to ‘Alice Mudgarden’.  I was just writing about this earlier in the week, but I want to point out again.  One of the best things of the ‘Seattle Sound’ and a reason why it rose to took over the world… the friendship with those guys.  It wasn’t adversarial at all.  Sure, competitive, but more out of partnerships.  Soundgarden does an album w/ Pearl Jam (Temple of the Dog) and with Alice in Chains (Sap).  The guys from Pearl Jam and Alice in Chains made an album together, Mad Season.  And they all show up to each others shows, cover each others songs… its just great.  Just this week I was at Pearl Jam in Denver.

If you had to wear one band  t-shirt for the rest of your life, which one would it be?

Prolly Iron Maiden.  They have the coolest art and iconography around Eddie.  But, I am a big fan of their music.  Have seen them live about 10 times, including last week!  And what is cooler than all that?  Steve Motherfuckin Harris.  Steve Harris is Iron Maiden’s bass player, who does not age.  He is the band 100%.  You could call the band Steve Harris and the other guys’  He hired everyone in the band, he owns the name.  He writes (almost) every single song.  The creative decision are largely made by him.  This is super unusual that a bass player is the brains of the band.  Its usually singer/lead guitarist.  Motley Crue is another band 100% controlled by the bassist.  No, I did not see them last week.  😊   Now, this has nothing to do with nothing, but I want point out that Steve Harris takes the Bob Costas anti-aging serum®   Look at Steve on the left, about 2 years ago, and on the right is a pic from prolly 1980.

What’s the best use of music in a film or TV show scene?

Everything Mark Burnett does.  Principally, he is known for Survivor and The Amazing Race.  His shows use music SO well that your emotions are directed and you even know about it   there is an underlying… panic orchestra?… for every seen.  When the clock is ticking one a challenge or whatever, this music comes up and jacks you up.  Here, I can’t explain musical emotion… so lets just steal some content.

You never noticed the music before.  It’s brilliant, because it makes the show feel more immersive.  Especially if you have a good hifi.  Its also evil, though.  The music tells you what to think and how to feel without asking.  It’s devious.

What discontinued thing do you really want brought back?

This show called ‘Playmakers’ on ESPN.  For a time, apparently, ESPN did their own programming.  This was a R rated scripted hour long drama… about players in the NFL.  It was the most compelling show I can remember watching.  Just incredible storytelling, and you can really get the feel of the day to day life of an NFL player.  This show was SO book, and SO compelling, and SO accurate to the NFL experience that the NFL shut it down after two weeks.  The storyline was not complimentary to the NFL, because the NFL is an evil and soulless corporation.  This show was a long time ago… maybe 15 years?  Hold on, lemme grab my research monkey.

What band or artist do you feel is massively underrated?

Spinal Tap.  Yes, it wasn’t a band.  It was a goof put together for a movie.  They are/were characters, right?  BUT, these three stupidly talented guys wrote the songs for that movie.  And recorded them playing the instruments themselves.  Then, the movie was so successful that they toured.  I have seen them live.  So these three write and performed and recorded and toured on two albums that are real and you can buy.  That makes them a pretty read band.  And hold shit are these guys CRAZY talented.  First off, they all wrote the movie in real time.  100% of the dialogue and lines are improvised.  And let’s look at the other jobs of the three guys from Tap/

Michael McKean – David St Hubbins – you may know him from the Brady Bunch movies, or as Chuck in Better Call Saul… or go back 50 years to Laverne and Shirley.  He was Lenny

Christopher Guest – Nigel Tufnel – he wrote the treatment for all of these movies.  The same crew also did:  Waiting for Guffman, Best in Show, For Your Consideration, Mighty Wind, Mascots… and others.  You will see the same cast in all of these, because they are the best off the best in improv.  Also is married to the wonderful Jamie Lee Curtis

Harry Shearer – Derek Smalls – SNL, sure.  But you know him from the Simpsons.  He is every voice that Dan Castelenetta isn’t.  Most significantly, Monty Burns .  Here are the two of them making magic with Conan.  Makes sense they would be on Conan, he is an acclaimed Simpson’s writer.

Back to my point.  The Spinal Tap songs are good, and have held up since 1980.  Just last night I actually heard Big Bottom played on the radio!!!!  Then, the same three guys wrote and performed an entire soundtrack for a folk movie, A Mighty Wind.  They also did a tour out of character, as just themselves… doing their characters’ songs.  It was called ‘Unwigged’, and there is a DVD of it.  That was the live show I saw.  I have to admit I never really caught the Tap when they were touring.