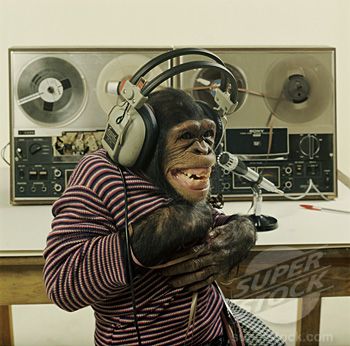 What would you do as a cat?

Yes to sleeping 23 hours a day.  No to the whole grooming yourself the rest of the time.  Or… at all really.  I’d avoid other cats, pretty sure they would all kick my ass.  I had a cat who used to appt fight.  Truly.  Every night he would want to go out at 11pm.  I’d let him out, and watch him from the upstairs windows, so he couldn’t see or hear us.  He would meet this cat on the driveway and they would fight.  Not long, or hard… but they would fight.  Maybe it was training.  And I say appt fighting because I would go up and watch the driveway that time of night before I would let him out.  Other kitty was out there.

And here’s another cool thing I learned with that cat.  If you have known me for a while, there is a series of cats.  This is Miles we are talking about, the super fluffy boy who was also named Gus.  that is another story, perhaps I’ll tell, how he came to be Gus briefly.  Well, we had two dogs who paid him no mind.  They were neither friends, nor enemies.  They were roommates, basically.  One was a lab and the other was a golden.  I learned that Maury girl, the lab, secretly loved his kitty.  There was another cat, unrelated to the one in anecdote above, who lived adjacent to us.  We lived in the suburbs, and we had all had adjoining yards, with a classic 6 foot wooden fence.  This is literally everything suburbia stereotype in your head, it was great.  Well, neighbor kitty would hop up on the fence between the two properties and start shit with my cat.

Sometimes, Miles would bolt over and fight him on the fence.  It wasn’t vicious fighting, either.  It was more like a very loud version of king of the mountain.  Whomever remained at the top of the fence won… I guess.  But if this ever happened while Maury girl was in the back yard, Maury girl would go apeshit and attack the fence.  It was SO sweet.  She loved her little kitty.

What started as a joke but people take it way to seriously today?

What is the greatest invention of all time?

Gotta go with radio.  The ability to talk to everyone on earth in real time, like a 100 years ago.  Plus, it gave us music.  And for the end user, its free.  Pretty fuckin’ great.  Thank you, Nikola Tesla!!!!!   and don’t come to me with stories about Marconi, either.  Think of it like but Marconi invented the speed limit sign, but Tesla invented the car.  Fun little side note I am reminded of – know who invented road signs (like Denver 230 miles, Exit 13b) was not the state or the Fed.  It was AAA.   AAA goes back to like two weeks after the car was invented.  It was motorists loosely banded together to create travel groups.  120 years ago, if you had a car, you were rich.  and eccentric.

What are your thoughts on frogs?

FINALLY, you asked me something I am passionate about.  Let’s finally talk about all of this.  Hold on to your seats, because this is gonna be long and VERY opinionated.  I have lost friends due to this.  I know a lot of people see them as just odd green squishy things, but there is SO MUCH MORE going on with them.  Ok, let’s get started.  Frogs are… um… green squishy things.  I have no opinion on anything frog related.  I am neither for ‘em, not against ‘em.  Oooh, wait… I do have something.  When it rains a lot, I hear the frogs at night.  They are pretty loud, pretty numerous, and pretty close.  That isn’t exactly news.  You do, too.  But here is the thing – the other 99.9% of the time when it’s not raining… I don’t hear them.  What are they doing?  Did they leave?  Do they go dormant and dry when it’s not raining?

What’s a sound or noise growing up that you don’t hear anymore?

Can I use my frog answer?  I don’t hear them much, yet above I just mentioned I hear them.  It is very very rare, and here is why.  It just doesn’t rain anymore.  I assume it a climate change thing, but I feel like we haven’t had more than 10 full rainy soggy days in 10 years.  Also, the I don’t hear the frogs in Winter.  I feel bad for them.  Like I said, we get about one really good rainy day a year it feels like (my measurement being one inch or more in 24 hours).  What in the world are the frogs doing the other 364 days of the year.  Yeah, I know you can google it, and I know I can google it.  But lets not race to that.  Let’s not cheat.  Let’s just wonder about what frogs do.  Memba wondering about stuff?   Memba going to the library?

Here is a super cool thing about the ease of the internet… frog knowledge.  Right now, I could open another tab and find out what do frogs do when they are dormant.  As we all know, pre internet, that would have been a trip to the library.  You know those things, but this is my point – I NEVER would have gone to the library to look at that up.  neither would you have.  Know how much wombat poop weighs?  Me neither.  Wanna take two hours off work and cruise down to the library to find out?  I didn’t think so.  Would that even be in a book?  Hell, is it even on the internet?

Do you know there was a search tool before the internet?  There was a tool that could search every word ever printed, true story.  It’s what newspapers used for reference.  It’s a company called ‘Lexus/Nexus’ and they manually recorded basically every word typed.   Lets say you are a true crime podcaster, and you want to know about the murders in Cleveland 1893.  Before the internet, you would use them.  They would tell you, for a very large fee, that the information you are looking for is on the evening edition of the Cleveland Plain Dealer from March 23th 1893.  You can find it on microfiche at the Cleveland Central library.