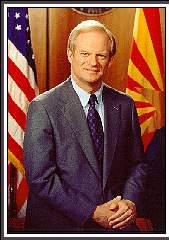 I think I told you I didn’t want to talk about this.  This is embarrassing, and now I am upset.   Ha ha haha, just kidding.  I am almost saddened to tell you I had the best childhood in history.  Surrounded 1000% by people who loved me and took care of me and inspired me.  There is, factually speaking, no greater mom, or person, in history… than my mother.  I am going to see her next month, and I couldn’t be happier.

Parents divorced, so how about some unhappy or repressed anger there?  Nope.  They handled it like fucking champions.  They NEVER bad mouthed each other (still don’t) and never played us against the other.  Better?  They stayed great friends, and pop was there for all great family holidays.  Shit, my mom introduced him to his next wife.

Quite simply, I won the lottery.  I was born white, a male, in the US, to educated and loving parents.  Then… it just got better.

Why, oh why, you must ask; did I say above “almost saddened to tell you”?  I’ll tell you why – I wanted to be a great artist:  writer, musician, whatever!  Guess what?  That may never happen.  EVERY great artist came from horrible and fucked up backgrounds.  They come from people who had nothing to lose.  Sadly, a stunning amount of super achievers (Madonna, Jimi Hendrix, and too many more to name) lost their mothers at very young ages.

Wait!  You say.  “What about your stepdad?  Total dick, right?  Tried to replace your father.  Never respected you, and kind of felt you were just in the way of his real happiness with his new bride?  Sure he hated you, right?  I mean, just the long hair… right?”  nope.  Not even a tiny bit.  My step dad is absolutely one of my favorite people in the whole world.  I dare say he means more to me than my real dad.  To say he was a mensch is insufficient, by a mile.

Focus, man… happy memory, right?  Ok, this one.  Not just a great memory, but one that demonstrates how terrific my mom is.  One day, she said she wanted to drive me to school.  Fine with me, meant I didn’t have to walk or bike.  (ed note:  this was 1984, our protagonist then is about 12 years old).  I have my backback, t shirt, and shorts (most likely).  We miss the turn to school.  Where are we going?  Mom explains we are leaving right now for Los Angeles.  We are going to Disneyland today.  Right now, in fact.

She explained she saw a piece on the news that morning that the Olympics were actually killing LA tourism.  People were, understandably, wanting to avoid the city as much as possible.  The nice tv people explained Disneyland hadn’t been this empty in years.  She then decided, just about an hour ago, we were both calling out sick and flying to LA to go to Disneyland.   Yeah, that is a pretty fucking great mom!

What is/was your favorite thing to do?

Play guitar, look at boobs, stare at trucks… in no particular order.  Wait… play with boobs, look at trucks, stare at guitars.  You get the idea.

How did you feel about your siblings (or lack thereof)?

Love them.  They are awesome and inspirational.  I have two older brothers, so they had a profound and excellent impact on me.  One brother drove 14 hours with his kid just last weekend to spend time with the wifey and I… so we could see the nephews.  The other one… well… let’s just call him ‘john’.

Kidding, ‘Johnny’ got me into guitar.  What’s better than that?  Answer?  Boobs.  Are you even paying attention, man?

Don’t remember liking or disliking.  It was all fine.  I played a ton of soccer and had great friends.  One of which I have known since kindergarden and I talk to him every single day (via bitchy texts about current events, mostly).  Here is a funny memory about that.  I remember in Winter it got WICKED cold.  Like, the kind of cold where I was pretty sure I was going to die.  But, it being Phoenix, it was hot by lunchtime.  SO… I would put on shorts, and then pants over that.  So, when it got warm… I could just peel the pants off and be in shorts.  I was quite pleased with myself.  Only now, about 40 years later, did it occur to me that I could have just worn pants and put shorts in my backpack.

Even better, looking back, it was likely no colder than about 50 degrees.  I had to bundle up to keep from freezing (in my mind) when it was 50 out.  To contrast that with Colorado weather; last Sunday we had Easter dinner at Sally’s.  It was SO nice out that we all had lunch on the patio because it was too nice to be inside.  The temperature that day was 45.

What did you want to be when you grew up?

I don’t remember having any ambition.  I got pretty liberal pretty quick, so my earliest aspirations were to help people any way I could.  Don’t know where that came from.  My folks were compassionate, but not specifically liberal.  Honestly don’t know where that came from in my disposition.  I can only imagine it was because I had a heart and a brain… AND… Arizona was run entirely by horrible fucking right wing monsters.  Our last 3 governors (when I was a kid, mind you) had been indicted or in jail.

The biggest disaster of them all was Fife Symington.  He was up on 17 indictments for all the usual white collar stuff… and he was up for re-election.  The election was held just before the trial, so he wasn’t convicted (yet).  You guess what happens next – he wins in a landslide.  Even if ONE of these indictments stuck, he would be forced to leave office… and AZ re-elected him.  I watched him destroy the schools from the inside out.  He ALONE could be the reason why I am such a flaming liberal.  Death would be too good for him.

Symington was indicted on 21 federal counts of extortion, making false financial statements, and bank fraud. He was convicted for seven counts of bank fraud on September 4, 1997. He was charged for defrauding his lenders as a commercial real estate developer, extorting a pension fund and perjuring himself in a bankruptcy hearing. As Arizona state law does not allow convicted felons to hold office, Symington resigned his office the next day.[6]

I remember when he made a pilgrimage to my college in Flagstaff.  He was coming to explain why all the money for schools was gone AGAIN.  I was, admittedly, super excited to see the devil in person.  He showed up in a flannel shirt and jeans, pretending to be a blue collar regular guy.  This from the felon who destroyed the education in system in AZ for generations, and was found guilty of stealing, embezzling, lying, money laundering… the works.  A real regular guy.  What a fucking asshole!

To come in and play regular blue collar guy as he rapes the school and any hope us students had.  and you dipshits re-elected him while under indictment.  THIS is why I can’t live in AZ anymore.  Sure, I joke about the heat, but heat can be tolerated.  People whose philosphy is ‘sorry you weren’t born rich, but that isn’t my problem’ can not be.  Follow the eightfold path, we must help each other.  It is why you are alive.  Well, maybe not you… but me.  🙂 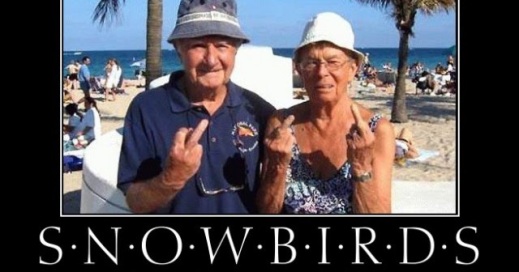 let me close on this, and why I was so passionate.  I always have, and always will, support ANY education ANYTHING.  tax bump?  Give it to me, even though I don’t have kids.  A rising tide lifts all boats.  Education makes everything better.  The reason AZ refuses to allow education is because older people are on fixed incomes, and don’t want to pay for schools.  I get that.  AZ has a lot of older folks.  Older folks vote, all of them.  This is why politicians pander to their wants.  I get all that.  BUT, it is too short sighted.  A rising tide lifts all boats.  With education, your younger workforce can make more money.  This means they can pay more taxes.  This means better roads and more money in Social Security.  Also, if these younger people are in schools, or have better jobs, they are robbing you.  Everyone in society benefits.  This is why EVERYONE (even the happily childless like us) need to support education always.

Are you now thinking ‘why give the govt more money?  so they can buy more $300 ashtrays?  You know not a penny gets to the kids!’  Ok, you are ok to think that.  Put your money where your mouth is, and go volunteer.  Costa Rica has a higher literacy rate than we do.  We aren’t #1 in shit, except gun deaths.

sorry.  I love you.  I am just very passionate about these things.  I even love you if you are a Republican.  Just not as much.  tee hee hee.