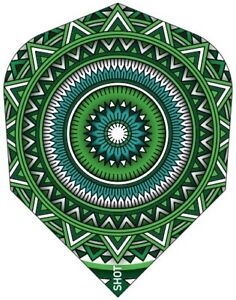 What is the funniest movie of all time?

Spinal Tap, being an aspiring and occasional musician that I am.  Especially when you consider the entire movie was ad libbed as they shot.  As are all of the Christopher Guest movies.  I have written many gushing pages about Spinal Tap here over the years.  If you are curious, just type Spinal Tap into that handy search engine thingy up there.  Aw heck, I went and did it for you anyway.   This search will only catch where I specifically added the term ‘spinal tap’ into a column tag.  If you do the search up there, though… it will catch any time I used those two words together.

Interesting question.  I go through a lot of books, but rarely read for funny.  Odds are, it was a Chelsea Handler book.  Not the super recent one, though.  That one was kind of downer.  More on that here.  The most I laughed out loud was probably reading Chelsea’s ‘lies that Chelsea Handler told me‘.   It is roughly a decade of cruel and hilarious pranks and cons Chelsea has pulled on staff and friends over the years… told by them.

What sport would be the funniest to add a mandatory amount of alcohol to?

Darts!  And… the dart board should move… like on a pendulum.  Yes, good times.  This reminds me of a strange and true story I am sure I have never told.  Long long ago, and I am talking being in the single digits here, we were throwing darts at Chris’s house.  Not going to give you the last name, because the family turned out to be litigious nutjob psycho aholes… so I don’t want this post coming up randomly in a google name search ten years down the road.  I mean… fuck these guys, I can’t say enough bad things about this family (killing dogs, stealing bikes… )

Anyhoo… we were at Chris’s house throwing darts.  Where, exactly?  Well, in the driveway… throwing them at the front door, of course.  Why?  Well, we were like 8.  Plus, they had HUGE beautiful thick wooden doors.  Wait, it gets WAY stranger.  For some reason, one of the doors was open.  As we are hucking darts at the door from a considerable distance, his sister walks by.  Not walking outside, mind you… just walking from one room to another.  Well, one of us (I don’t remember who, so let’s assume it was Chris) hucks a dark and missed the door.  In the time it takes for it to leave his hand… she walks by.  Long story short, she gets a dart in the neck.  Yes, its funny now… in retrospect.  I am also happy to report that when we were 7… it was even funnier.

Did you know darts is such a thing in most countries that they watch it on television?  Like, a whispery guy discusses the plan, and the dart throwing guys all have sponsors and such.  Of course, I may have seen a selective and obscure program.  I imagine the limey bastards come here to visit and then report back that we watch bowling on TV.   Well… they may put it on TV, but I don’t think anyone is ‘watching’ it.

Who is your favorite stand up comic?

1. Do you still read a newspaper regularly?

not at all.  Not even the sunday paper.  I read 9news.com on my cell phone.

2. What about magazines?  Are you a subscriber?

3. What is the last book you read?

Lies Chelsea Handler told me.  Enjoying read, as all of her books are.  If you haven’t read a Chelsea book yet, and you seek to start… start with ‘Are you there, Vodka?  It’s me, Chelsea’. Oh, and since you asked, I actually archive my reading list here on the site. Updated monthly, as I burn through a book about once a month

4..My favorite part of magazines are the short stories. Do you have a favorite short story?

absolutely.  My favorite thing about literature is short stories.  I used to write them, too.  I would say ‘Hills like White Elephants’ from Hemingway is very memorable. Lot of subtext in there. Shit gets heavy after you read it a few times.

5.What do you read the most on the web?

news.  Music news, especially.  The best site for music news is NME.com > It is a British site, and they are usually about 24 hours ahead of the American news cycle.  Plus, they are snarky and don’t censor swearing.  I am especially endlessly fascinated with Courtney Love.  She may be the greatest celebrity train wreck in history.  I mean, she is Charlie Sheen crazy… but has been doing it for 20 years.  I mean, try this ten page gem from last weekend.