Ok team.  Rule #1, don’t cheat.  Ever.  The consequences are way more severe than you can imagine.  So, don’t do it.  But, if you are going to cheat… for christ sakes man, make it count!

(Prince Charles)  – If you are going to risk the crown of England… do it for a better piece of tail than this:

(John Edwards) If you are going to lose the presidency, and/or a plum appointment to head of state, maybe do it for something better than this:

(Bill Clinton) if you are going to be impeached, man… do better than this: 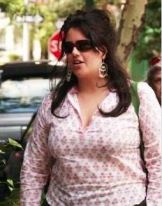 (Woody Allen) and if you are one of the greatest directors ever, maybe you should leave your wife for someone a little older than your fucking child (or should I invert those last two words?)

(John Lennon) and if you are going to break up the f’n Beatles man, tell me it isn’t for her:

(Elliot Spitzer) So, don’t ever cheat.  It is NEVER worth it, and the consequences ripple through all your relationships.  Ready to lose your job, your house, your friends?  Then don’t cheat.  However, if you are going to risk everything, this would be the way to do it.

More reason why should not cheat, ever.  The head of the CIA got busted cheating.  Why should this scare you?   Well, this is the one guy in charge of keeping all of America’s secrets.  If he can’t keep it secret, you certainly can’t, either.  He got busted by email.  It is an interesting idea.  Here is what he did.  He set up a secret gmail account with one of his girlfriends (now turns out there was at least 2.  That is how he got busted.  Mistress 2 narced on mistress 1).

So, they both had their own gmail account.  I should clarify.  They both shared 1 gmail account.  They never sent anything from it.  Each party would go in and write a draft, which was a letter to the other person. He would then never send the letter, just leave it in drafts.  Then, the other person would log in and read the email in drafts.  That person would write a response, and also just leave it in drafts.  Seems pretty clever, except for how we all know about it, now.

Shouldn’t the guy who holds our countries’ secrets in time of war be better at keeping secrets?   See, I am not concerned that he cheated on his wife.  That isn’t my business.  What is my business is that he wasn’t able to keep it secret.

Lastly, I am not proud of this piece.  It’s funny, but its me shaming women for being too ugly to be worth losing a career.  That is a dick move for sure.  I am not taking it down, though… because it’s funny.  Men are pigs.  I am.  Also, to make my point, I purposely chose the most unflattering photos possible.

My point being, I would not (and have not) ever cheated.   But… looking at Ashley Dupree… I see how that could happen.  Please forgive me, and make sure my wife NEVER reads this.