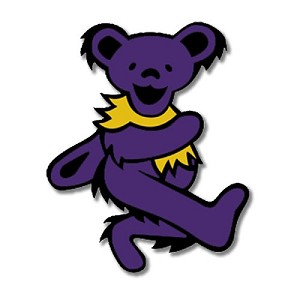 This happened to me yesterday, thought I would share with you.  I was leaving a doc appt, heading through the parking lot to my truck.  This was in a medical campus of sorts, and was very confusing to navigate.  I had been someone lost in the same plaza just an hour before. That is why I got there early.  Anyhow, this lady asks me which huge soulless building is 15753, as they weren’t even labeled well.

Having been in this stupid plaza much more than once, I had a good idea which building she was looking for.  I pointed that way. “That way?” she asked… pointing to the wrong building. So, I kinda stuck my head in her car, to help orient her correctly.  “No ma’am, I think it is that one, there on the left.” I am a nice guy, i swear. Well, she might not think so.

This lady was like a 50 year old-ish mom.  Total suburban stereotype. The kind of nice lady you would cast in a commercial for some weird medicine.  She was wearing something sleeveless, so I saw her tattoo. It was this, a ‘dancing bear’. This is an instant icon she is of the tribe… a Deadhead.  There is no mistaking this icon. It means absolutely nothing else.  This brief conversation happens >

Oh, your a Deadhead, too?

Your tattoo, the dancing bear.  You know, its a reference to ‘Bear’, Owsley.  The great pioneer of all LSD, and benefactor to the band!

In retrospect, it was a little weird I went into such detail.  But, I was genuinely excited to see another person who (like me) appeared to be a ‘square’.

No.  Um, never heard of that.  It’s for my son, Jesse – she said, kinda getting sad and puzzled at the same time.

VERY quickly I surmised she was not into the Grateful Dead.  It could only mean this tattoo was a tribute to a dead son, who probably was a Deadhead.  I could truly tell in about 3 seconds that she was piecing together that her very permanent and visible tattoo didn’t represent the love of a perfect and caring mother, but instead she had inked a monument to LSD on her arm for life.

Sorry about that lady.  Good luck at your appointment.