I want to talk to you about ‘Push Polling’.  It’s a political trick, and it works.  There is an off year election coming up, so I want you know these tricks.  People say ‘negative campaigning doesn’t work’.  They are wrong, it almost always works.  Push Polling is kinda awesome and brilliant.  It’s also wrong, really deeply morally wrong.

So, here is what Push Polling is.  Let’s say the candidate’s name is Lono.  Let’s say you are the opposition to Lono.  In this scenario, Lono is a Democrat and the opposition is a Republican.  It’s a fair generalization, as this tactic was pioneered by the GOP.  So, they call you and say “if I told you that Lono wanted to murder puppies who don’t pay taxes.  Is that something you would support?”

Now, this is nonsense.  However, now I have to answer questions about puppy murder.  Now the headline in the papers says “candidate Lono denies puppy murder”.  Now, when you type in ‘Lono’ in google, it will auto-complete ‘puppy murder’.  It’s fucked up, and it works.  Shit, just me writing this article will connect those words together.  That is why I use the pseudonym.

Hunter Thompson did this to great effect against Ed Muskie.  He thought it would be funny to spread a rumor that he was hooked on Ibogaine.  It was brilliant, and of course evil.  Most importantly, it worked.  Now this poor Muskie guy is defending himself against a totally fabricated claim.  In fact, when you Wiki ‘Ibogaine’, this scandal comes up.

While in Wisconsin covering the primary election for the United States presidential election of 1972, gonzo journalist Hunter S. Thompson submitted a satirical article to his editor at Rolling Stone accusing presidential nominee Edmund Muskie of being addicted to ibogaine. When Rolling Stonepublished the piece, many readers, and even other journalists, did not realize that Thompson’s assertion was facetious. The claim was completely unfounded, and Thompson was surprised that anyone believed it.[69]

END_OF_DOCUMENT_TOKEN_TO_BE_REPLACED 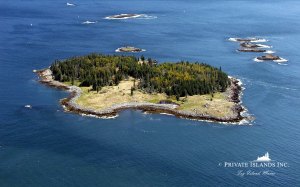 I am a big believer in the ‘social contract’.  The social contract, as I interpret it, is that we agree as a society to get along and not hurt each other.  Simple is that.  All the rules of society are based around that concept, and have been since there were more than 2 people on earth.  For the most part, it works extremely well.  People are not inherently violent.   *1

Jails, and punishment in general, were invented to keep people in line with the social contract.  It is what you teach your kids.  Be nice, don’t steal, and pick up after yourself.  That’s it.  There is a subset of people, however, who do not believe in the social contract.  They don’t believe they should have to play by society’s rules… or accept society’s punishment.

I am thinking of bad criminals, murderers especially.  To them, the rules don’t apply.  I have a suggestion for them.  It’s like what England did with Australia.  Sit each murderer down and explain if you want to play by NO rules, and have NO consequence, and pay NO taxes… we have a place for you.

It won’t work, of course.  Just like most communes didn’t work.  Know why?   Someone HAS to be in charge… or nothing gets done.  These are people who resent authority for whatever reason.  Ok, you win… NO authority.  We will drop you off tomorrow morning, and you can do whatever the hell you want on ‘freedom island’.  Think it is stupid to have to work, and pay taxes, and go to the DMV?   ok, you win.  You won’t have to do anything ever again that you don’t want to do.  You can watch TV all day long and get high.

Well, you will have to manufacture a tv and electricity and distribution.  We aren’t going to help you.  Maybe there will be an engineer or a doctor on the island, though.  Of course, why would the engineer help you get tv?  What’s in it for him?  He is here for the same reason you are.  Maybe you are a carpenter (and a murderer).  You could trade work with him… building him a house, and he can get you electricity for your house.  What if you agree on that?   What if you build him a house and he doesn’t do shit for you?  Well, you may as well just kill him.  There is no judge or lawsuit or court on freedom island, is there?

Of course, if you kill him…  you just killed the only guy who knows how electricity works.  That would be dumb.  We don’t want to harsh your mellow, though.  I wonder how long that society would last?

In closing, I am not a monster.  Everyone who is sent to freedom island gets a leatherman, and a 100 pounds of rice.  You will likely, of course, be robbed of those things the second you arrive.

I am not an advocate of big government.  I am with Thoroeau.  “The government that governs least, governs best!”  He did his own freedom island concept… but by himself.  He bought his own land, and built his own cabin to be left alone.  and we let him.  That’s fine, he wasn’t hurting anyone.  Of course, Massachusetts ended up jailing him for not paying taxes.  Since he was drawing no public resources of any kind, he opted not to pay.  I get that.  They should have left him alone, because he wasn’t hurting anyone.  This is where his great masterpiece ‘civil disobedience’ comes from.

So, if this came up today, would I send HDT to freedom island?  No.  But, he would have that choice.

* 1 – note I did not say I believe people are inherently good.  Not at all.  I am saying people are not inherently violent.  It goes against Maslow’s hierarchy