I love Hunter Thompson, and Salvador Dali.  I LOT.  Like, I moved my life around for those two.  HST is a big part of why I moved to Colorado.  As for Dali, we honeymooned in Spain, partially so we could travel to Figueres to the Dali museum.  Both were worth it.  They are both huge influences and heroes to me.  Never, until recently, did I think of them together.  On a flight over the Pacific, I watched this cool documentary on Dali.  I would hyperlink it here, but I don’t remember the name of it, or the production company, or anything. To clarify, this doc had nothing to do with Hunter at all. In watching the doc, though, I had an epiphany.

On so many levels, Hunter S Thompson and Salvador Dali were the same person.

Boy, I better deliver on that one.  See, they were both creative geniuses.  They were both  HUGELY celebrated artists.  They were both starfuckers.  They were both trapped by their best creations… themselves.  They both peaked early, and spent the rest of their lives being haunted and pigeonholed by those creations.  Hunter talks about it openly below (jump ahead to the 11 minute mark, but watch the whole piece if you can.  It’s pretty good).

Basically, they had both peaked by 30.  They both did little, effectively, after that.  Hunter, for example, probably has 20 books to his name.  About 3*** were original creative works of any kind of consequence. The rest, and there are MANY, are collections of letters or short stories. (*** see below for aside on this)

Though I love just about all of Dali’s art, and most of Hunter’s full length books (remember, there are basically 3)… their best creations was themselves.  These two LOVED a spectacle.  They invented spectacle.  This was fun and awesome, likely, when they were young.  It became a prison of sorts as they aged.  You realize quickly, as Jimi Hendrix did, that people just want to see that character.  In the early days, Jimi did wild stuff to his equipment, just out of fun and passion.  Pete Townshend, too.  In time, though, people didn’t come to here Jimi play the blues.  They wanted stunts.  For Pete, they wanted to see a Strat smashed of they would have felt they never saw a full Who show.

Luckily, for all mentioned above (except Hendrix), they got to live long enough to see the futility of their creations come to haunt them.  I say ‘luckily’ not because I want them to suffer… but luckily that they had long enough lives to see the silliness of being such a one dimensional characters.

For both Dali, and Thompson… being themselves was their full time jobs.  Remember, Hunter lived to 2005, but hadn’t written anything at length of consequence since 1972.  Now, is that to say Hunter did dick all for 35 years but ride his own coattails?  Yeah, pretty much.

With Dali, we are lucky that we have a great body of work.  However, the documentary I watched strongly implied that he also didn’t do dick all after about 30.  Oh sure, you get the lobster telephone.  However, it isn’t exactly on par with the masterpiece ‘Persistence of Memory‘.  In fact, look at the irony; there is an expression used when people put in bare minimum effort and still get credit.  It’s called ‘phoning it in’.  Is there a better example in all of history than this?

While it isn’t my personal favorite piece, it is certainly Dali’s best known.  ‘Persistence of Memory‘ is most known for it’s iconic ‘soft watches’, though I always called them melting clocks.  Even the Simpson‘s have paid homage.  Aw heck, it looks like everyone has.

This isn’t meant to be critical in an anti-artistic sorta way.  It is more meant to be critical in a ‘huh, I never thought of it that way.  Maybe you got something there’.   Really, mostly I am just jealous.  These guys are SO impactful to my life.  I think I write this to help me better understand why. Proof of their impact on me?  My first tattoo will be a Ralph Steadman drawing of the great white rabbit from the Alice books.  I have been trimming my beard for years, but never ONCE the edges of my mustache, in hopes I can do this one day.

*** 3 books of HST.   There is Hells’ Angels, Fear and Loathing in Las Vegas, and Fear and Loathing on the Campaign Trail 1972.  That is it.  That is all you need to know about Hunter from start to finish.  Now, he has 4 books of compiled letters (I am also including ‘Better than Sex’ here) and about 10 of short story compilations.  In retrospect, that is kind of a week body of work.  However, those few books were SO good and SO influential.  Look at Lewis Carrol.  What else did he write besides Alice in Wonderland?  Nothing, really.  He was a preacher and a mathematician.  He wrote books on math.  His name isn’t even ‘Lewis Carroll’.  Carroll is a pseudonym he used for the Alice books because he was so embarrassed and mortified of what his religious math buddies would think of his silly childhood fantasy tales.

It occurs to me, years after I wrote this piece, it is now July 2019, that Hemingway was in the same boat.  Heck, he invented that boat and built it with his own hands (if you ask him, anyway).  As a young man, Hemingway was the shit, on every level  Served in both world wars, traveled the world, lived in Cuba, and bedded everyone on Earth.  In his later years…let’s say anything post 45… he is simply playing the part.  I have read a lot of Hemingway, and a lot about him.  Like Kerouac and HST, he was a god to me in my formative teen years.  Hemingway was the embodiment of ‘men want to be him, and women want be him’.  Later, though… its just kinda sad.  He lives his life as a sort of ‘greatest hits of how you perceive Ernest Hemingway to be.

I want to give Marlon Brando some credit on this front.   At no time did dude ever give a shit.  He was stone cold nuts!  See this?  Yeah, that was his own creation for his character.  Mostly out of fat laziness, as this is how he dressed on set. 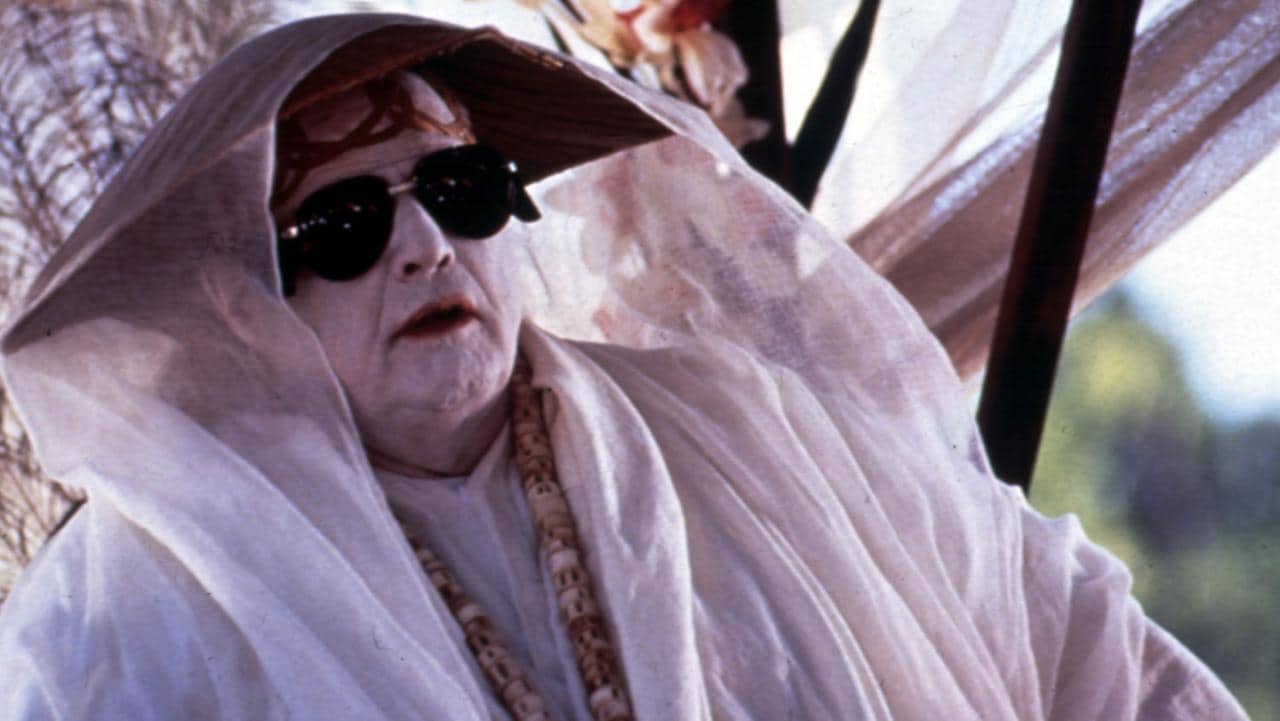 According to local NBC affiliate 9news.com, we already have Hunter’s crazy ass plans and requests for his funeral. His longtime lawyer said today that there was NO suicide note, and that no one knew this was planned. However, he noted this was planned by Hunter “This was definitely not spur of the moment”. Some specific details can be found straight from Aspen’s daily paper,here

It was also clarified that Hunter did not do this for political of financial reasons. Even though the good doctor once wisely referred to the President at a ‘Butt boy for the super rich’, the election had nothing to do with this. It is assumed by all close to him that he was in too much physical pain for too long from recent operations that left him basically immobile. What is quite strange is that he was not alone during all of this. His family (son and grandson) were home at the time. Though they did not witness it (thank god), his son Juan was the one to find his dad. Man, that will give you some fucked up dreams for a bit.

The funeral, as you might imagine, is set to involve explosives. Here, I’ll let his lawyer (George Tobia jr) explain it: The late Hunter S. Thompson apparently wanted to have his ashes blasted from a cannon across his ranch in Woody Creek. It should also be noted there will not be a tox screen run on the doctor. I know we are all imagining a barrage of most excellent drugs assisting the Doctor at this time… the coroner wisely ruled that whatever the doctor had in him at the time is moot.

There is another puzzle piece to his suicide that I don’t think I ever mentioned.  Apparently, one of the things they found near his body, besides this legendary note, was a  codicil.  That is a document specific to the amending of a will.  We don’t know anything more about what was on it, but it was believed (including by me) that it was him writing out Anita from his will.  It would seem that the family wasn’t big fan’s of hers.  I believe behind the scenes they worked to block her from inheriting the farm, his name, his works… etc.

Here is how it finally settled, some of this as recent as the last few years.  She now kind of owns Owl Farm.  Of course, no one owned it outright when Hunter passed because he mortgaged the shit out of it.  Ralph Steadman helped her buy the place, with the condition that it never be sold.  It is how held in a trust so that it stays in the family.  Anita (his widow) has been looking into ideas to make it a museum, or a retreat.

I can only assume that things are at least cordial between Anita and Juan, Hunter’s son.  They have done appearances  together.  Anita also started the ‘Gonzo Foundation‘.  However, besides a website, nothing has happened with that in the last ten years.  I don’t know how much of her life is dedicated to being Hunter’s widow, and managing the estate… but I would imagine it is a near full time job.   My educated guess is that she is trying to move on with her life, and to be and do something other than being Hunter’s widow… but she keeps getting sucked back in.