You know that face, don’t you?  Generic handsome actor type, right?  In the parlance of ‘the Jerk’, he is likely a “random milk eating bastard!”  More than his face, you know his voice.  These days (in his 70s) he does more voice work than anything.  I have a weird ability to identify voices, and I heard his on the Ken Burns epic Vietnam documentary I am trying to power through.  Ironic it is his voice, as he was a great protester of his time.  Peter Coyote was the uber -hippy.  The proto-hippy.  One should argue he was the greatest hippy of all time.

He was there in Haight Ashbury scene of San Francisco, as a leader of the ‘diggers’.  These guys weren’t just freeloading dirtbags looking for handouts… like most there by late 60s. He was running a free food store and medical clinic in the neighborhood.  He was committed to leadership and public service and justice… Superman type stuff.

Trust me, this is quietly revolutionary, and needs to be recognized.  He was in San Fran during all the summer of love stuff.  He was there with the Dead, and the Airplane, and Allen Ginsburg is probably running around nude somewhere in the background.  Wavy Gravy is still mild mannered comic Hugh Romney.  Coyote isn’t in a band.  He isn’t selling drugs.  He isn’t hanging out.  He is managing the community… for FREE.  Need medical care?  You sure do, dipshit.  Need a meal?  How about some books?  Anything you need, free.  He didn’t just talk about free love, he did shit!  This man is a fucking hero!

Perhaps you see the super handsome pictures and think ‘ah, cut his hair, sold out… became a yuppy.  They all sell out in the end, brother!”    You shut your mouth when you are talking about Peter Coyote.  No, he didn’t sell out, he became a Buddhist monk!  Hot damn that is bad ass.

It is interesting he has made his living in entertainment, but he is a blessing to us all.  Go find Peter Coyote and give him a hug for me.  Even if he runs you off, it would be with that silky voice that would make it all worth while.  While so many in the 60’s talked a good game… and either got rich or went starving as a result… Peter took the middle road.  God bless his Mahayanist soul!  In looking for pictures of this great man, I found this… his autobiography. 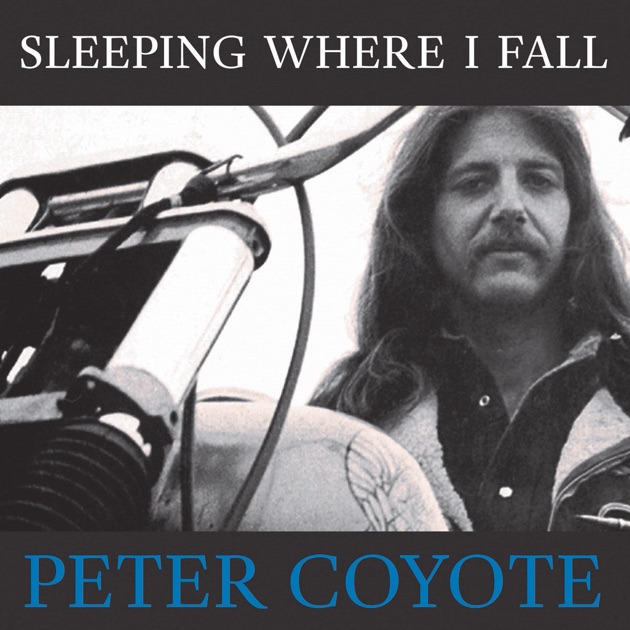 Gotta admit, I had no idea.  However, I have already downloaded the audiobook.  My review will be over here, but you can just assume it will be gushing and fawning.  As a straight guy, can you be gay for someone’s voice?  Because I am, dammit!