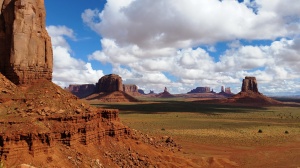 When you think Utah, you think Mormon, right? Weird folks, with supernatural views about volcano gods and aliens hiding in pretend airplanes sneaking negative thoughts into your psyche. Wait… maybe that is Scientology. The ones who didn’t believe in blacks or native Americans, right?   No… wait… that last part was definitely Mormons. Aw, who cares? Are any of the origin stories about religion any sillier than the others? YES, there. And Mormons is near the top of silly nonsense. I have literally studied much about comparative religion. Mormons should thank their Christ, whoever the hell that is, that Scientology came along and looked even dumber.

To be clear, I have no beef with Mormons.  I am not counting Warren Jeffs, or any of those sex trade monsters in my accounting of ‘mormons’.  That would be clearly unfair and mean.  That would be like hating Christians because of Rev Fred Phelps.  That man was many things, but I don’t count being a Christian as any of them. I know plenty, and always have.  They are universally nice people.  I just think their belief system super bizarre.  However, if that is the worst they do, good on them.  The thing is, you can’t swing a 12 year old bride in Utah without being hammered with the LDS (Latter Day Saints) dogma.

Wait… wasn’t this supposed to celebrate how great Utah is? Yes… and we will. To do so with justice, though, we have to acknowledge the elephant hiding in the room. You know, the one buried in the desert with the golden key that explained everything the elephant said about the real history of mankind? And how the elephant told NO ONE ELSE but you, and it was impossible to verify your story to anyone. Yeah… that elephant in the room. See what I did there? If god opted to update the entirety of human history, wouldn’t he have told more than one single guy? Wouldn’t he have given him some kind of proof, so when that one guy went to the world he wouldn’t look or sound like a raving lunatic? If that is your god, he set you up to fail, and that is a dick move. Just like what god did to Abraham about the killing of his son, just to test his loyalty. TOTAL dick move. With all this said, I still love Utah, and you should, too. It may be the most beautiful state on Earth.

*** according to this study, it’s 60%.  Lower than I thought.  Depending on who you ask, America defines itself at around 80% Christian.  Not much less silly a dogma to follow.

Utah is beautiful. Really, really beautiful.  The state is just stunning! It seems almost entirely composed of various state and national parks, just like Alaska. I have been all around the country, and I think Utah may be the most beautiful. Go see their state parks! They have a zillion:

There are multiple bonuses. The first is, you get to see stuff like this in your rear-view mirror.

Note – photos above by me, from my phone, last weekend. Photos below, not mine.  That photo closest I took in my side view mirror as we headed away.  I was driving about 80, with my knee, as I was fidgeting with my phone to get this shot.  The wifey was super not amused. I told her the shot would pay off, and it did! The other upside is the parks are the only places where you aren’t force fed weird cult history of the prophets profits. Seriously, everywhere you go in Utah is a famous Mormon landmark, and you are going to learn about it. Even their cities are STUNNING. Look at Salt Lake City. They have a mountain right in the middle of the damn town, and it is so cool.

Then there is Provo. Was there for a wedding years ago. Had some strange experiences there involving me trying to order a Whiskey Coke in a restaurant. Well, Provo is one of the big hubs of LDS, so that went bad in about 6 different ways. I almost got kicked out for asking, but luckily they didn’t know what that was.

I have to wonder if they know it’s a great secret, and just don’t want anyone to know. I don’t see commercials, or ads, for this stuff.

Oh boy was I correct.  Like, way too correct.  I called Utah ‘America’s Best Kept Secret’ in reference to natural beauty.  It was.  And not it ain’t.  The square, but sage, folks of Utah clearly read my piece.  I can only assume half assed social satire is wicked huge in the LDS community.  Point being, they started advertising.  The decided to mention that they literally have more national parks than most other states combined.  Also, they have most of Lake Powell, and the great Salt Lake.  They got a new PR guy (for the record… it was no me) and it kinda backfired.

The campaign attracted an additional half-million visitors on average during each of the three years after the appearance of these ads in major Western cities within a long-day’s drive of Utah.

How?  Because it was TOO successful.  Check it out, here.  Now, Utah is so popular that it is clogged up with suck ass mouth breathers jamming up all the roads and parks.  For the record, here are the timelines to my point.  I wrote this post in 2015.  They started advertising heavy around 2017-18.   By 2019, Utah’s policy was pretty much “get the fuck out, you slack jawed rv hillbillies!”    Careful what you wish for, eh?  You notice up above, I had a brilliant tourist slogan for Utah, which was

That still remains an offer for Utah to take, from me, for free.  I think we need a new one, though.

Utah > get the fuck out, you slack jawed rv hillbillies!

Hmm.  Ok, maybe that was a bit much. Let’s dial it back a bit.  How about this?  I think we all know they are far too polite for that.  We need something with the same subtext message, though.

Ok, we have an update. Historically, we have featured terrorist sympathizer and unindicted conspirator Robert Novak. Then, he got cancer the day after running someone down in the street and driving off (check the chronology) without even knowing.

Truly, a terrible person. Then, I dropped my fatwa on him for a super evil dude, Rev Fred Phelps. Rev Fred Phelps still remains one of the worst people on earth. No question about that. See, here is the thing about Rev Phelps… no one listens to him. I wish I could say his was harmless. He is not, but the world knows he is a dipshit who should die a horrible death.

The worst person alive is the pope.

Yup, I just said that… and now let me tell you why.  The Pope just told everyone in developing nations (code for… not educated… people who listen to the Pope for science).  The Pope is the worst person alive for telling people not to use condoms.  Wait, it gets worse.

He tells them (them being Africa, the hardest hit place on earth by AIDS) that condoms don’t protect against AIDS.  Then, he tells them he forbids condoms.  Yes, condoms are against god’s will.

I can’t even tell you how angry I am.  Wait, that is exactly what I am doing right now.  The pope is a fucktard.   Yup, I just said that.  Condoms prevent AIDS.  This is a fact.   Even better, they prevent unwanted pregnancy.  In a part of the world plagued by disease and hunger and general unpleasantness of every biological kind… maybe birth control would be the best thing in the world for Africa.

To be fair, this wasn’t his policy.  It has been a pope policy for a while.  Pope John Paul (the one we all liked) re-iterated this before he died… which still upsets me. However, this Benedict character went with all knowledge of condoms and the human disaster that is African AIDS and told them don’t use them.  This is a death sentence for millions.  The real problem here, and the reason why the Pope just jumped ahead of Novak and Phelps, is that people listen to the Pope.  People believe the pope.  People do what the pope tells them to do.

This makes the Pope the worst person alive.

Now, you may ask if I am Catholic.  I was.  I am recovering.  I am, however, a legal and licensed Reverend.  So, I am somewhat qualified to say these things.

Ok, you may remember I did a piece called ‘Fatwa‘ recently about my perceived enemies and how I wish them ill.  Frankly, it’s childish… yet effective.  I talked about my hatred of terrorist sympathizer and state enemy Robert Novak.  Then he got brain cancer.  I talked about what a monster hemmoroid Alaska congressman Ted Stevens was, for too many reasons to bother elaborating.  He is now on trial, and will likely die penniless, out of office, and humiliated.  I am not saying that was my wish, but that is what is happening. *** see update

Most recently, I added the deplorable Rev Fred Phelps (God Hates Gays) as someone I wish to see just plain die.  That hasn’t happened yet, but my confidence in my track record is secure.  So, there is another name I would like to add.  I don’t seek to see him dead, as he is a tad less odious than Phelps.

SEC chairman Henry Paulson.  This guy made zillions working for one of these investment banks (Goldman Sachs, look it up).  He made 38 million that year.  Fine, that is his business, good for him.  Then, like a genius, President Bush tapped this guy to be in charge of all of Wall Street.  Makes sense, right?  I mean, who knows Wall St better than a dude making 38 million a year?  Well, he was hired to be the top cop.  He took the job.  He eliminated control, oversight, and regulation with the help of his free market GOP buddies.

Then, despite warnings for years… did nothing.  Now, he is responsible for the biggest financial meltdown in the history of the United States.  Great work.  So, was he fired?  Nope.  Did he even apologize?  nope.  In fact, he needs to borrow 7 Billion from you.  Yes, the guy who just caused the world economy to drop into a recession, and lost a few hundred billion of our GNP wants a loan.

How is this guy not in prison?  How can we have ANY faith in our leadership if we let them loan the guy who broke the economy more money.  I mean, you pass the same bum every day.  You don’t still give him money, do you?  His sign says “need money for new clothes”, but every day for 8 years you gave him cash and he never showed up in new clothes.  You sense maybe he was spending the money on booze.  Ok, whatever.  That is his business.  Now that same bum just asked you for 7 billion dollars.

Yeah, I want Paulson fired.  Then, put on trial for egregious abuse of tax payer dollars and trust.  I can’t way I want him dead, but until he takes some accountability, I certainly do not wish him health.  Now, Mr Paulson… the ball is in your court.  You can ignore me, like Novak did, and get brain cancer.  Or…

*** apparently, I am more effective than I thought.  Stevenson died in a horrible plane crash while awaiting trial.  I didn’t want him dead, just out of office and away from power.  Fred Phelps, on the other hand, I want dead