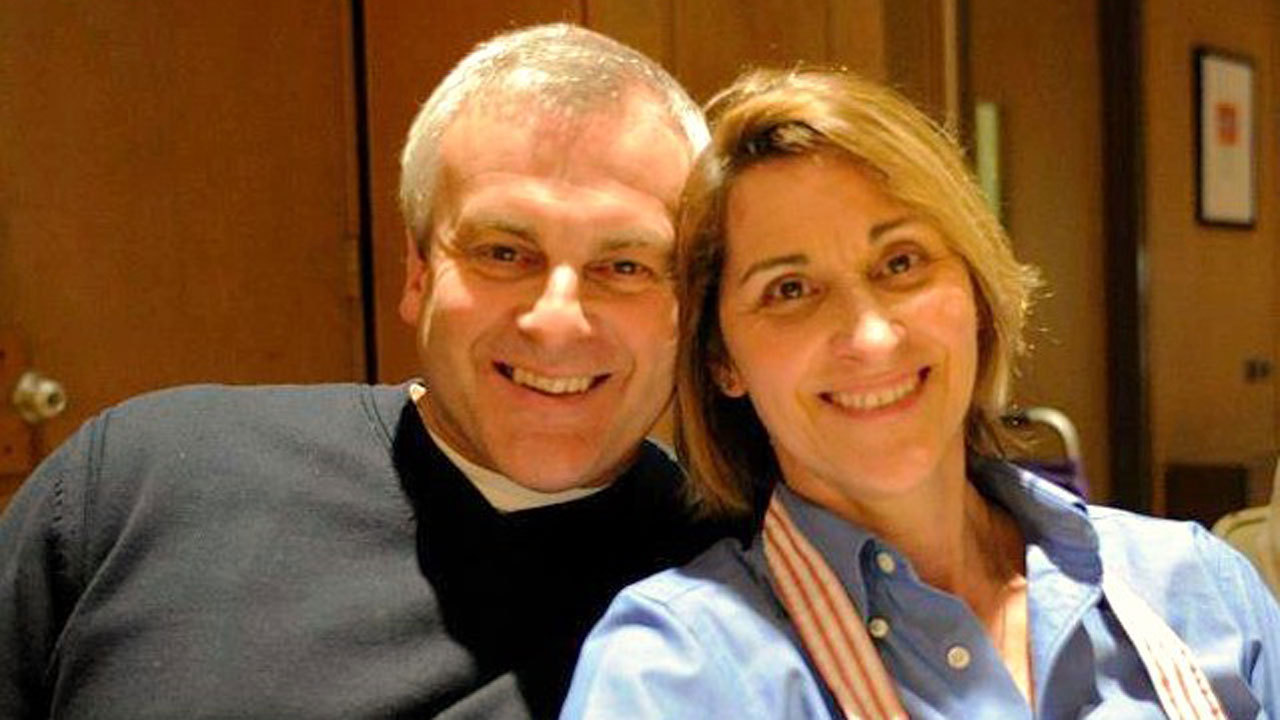 On the surface, this is a pretty simple tale. A couple is missing, almost assuredly dead, and the son is the suspect. Nobody argues these points. That isn’t even what I am writing about, but I should start with some brief background.

Geoffrey & Jeanette Navin were a couple who owned a family business. It was the refuse/garbage business. In recent years, things had gotten financially quite bad for the Navin family. They were counting on a big sale and when it didn’t go through, they defaulted on millions worth of loans. They were about to be evicted from their sweet ass beautiful house when they turned up missing. When they turned up missing, all eyes turned toward the son, Kyle. Kyle is what is known in the refuse collection business as a ‘colossal fuck up’. Multiple arrests for assault, assault with weapons, and also he was a heroin addict.

Kyle was the last person to see them, even by his own admission. He was also known to have an often stormy and contentious relationship with his parents due to a medical condition known as ‘being a total ungrateful fuckwad’. After the parents were gone a couple of months, and no one had even heard from Navin, they picked him up on unrelated weapons and drug charges and held him. They held him because they knew he was involved, but couldn’t prove it (they had no bodies at the time). See, Kyle’s story changed a BUNCH over the ensuing months, and physical evidence completely contradicted most of his alibis. Between surveillance cameras and cell phone records; they knew he was near the house when the couple disappeared, and they knew he wasn’t where he said he was.

In a super new tragic development, just a couple of days ago, they identified the remains of the husband and wife, and formally charged Kyle. Again, this is not why I write. Sadly, at this point in the narrative, this is not a very unique tale.

Whatever it is we think happened, is not what happened. This is evidenced by a super duper creepy text conversation that was had between Kyle and his dad the day of the couple disappearance. Kyle had been out with his mom that morning. She offered for them to all have dinner together that evening, but Kyle said he wasn’t feeling well. The medical examiner suspects the little fuckwit was probably suffering from ‘my god I hate my parents and my life and I haven’t pet my guns in like 6 hours and JESUS there are spiders EVERYWHERE. I need more heroin.

Now, are you ready for a weird ass ride through this family’s dysfunction? Shortly after the couple disappeared, the police were able to subpoena dad’s cell phone records and found these texts. Just that very evening, after his mom dropped him off at home, his dad sends Kyle this text. Wait, let me set the setting as I understand it. Kyle, the teen suspect, is at home in his apartment, probably listening to Korn. Mom is at home making dinner, the dinner she invited Kyle over for, but he declined. Dad is at work, and coming home to that dinner mom is making. Dad sends son these two texts, verbatim:

I’m not going home till I know mom is okay. Did you hurt mom?

This is really weird, right? I think we are assuming at this point in the narrative Dad isn’t home yet. Maybe he talked to Kyle by phone? Maybe dad got a frantic and panicked call from mom indicating foul play? We aren’t sure, because after a few more texts we never hear from Dad again, and NO ONE CALLED THE POLICE. That is a super important point, which will make more sense shortly (unless you also killed your parents).  And… why wouldn’t you go home?  Isn’t that the first thing you would do?  Would you not be RACING home?  Read the words again.  He isn’t concerned about the wife.  He is concerned about going home, and maybe getting caught in something.

What does this mean “I am not going home until I know mom is okay”? He feels something is obviously very wrong here, why doesn’t he call the police? They have phone records, why the hell didn’t he call his wife? ESPECIALLY if you think Kyle did something. And… if you did think Kyle did something, why aren’t you engaging your wife? Or, the cops? Or, the neighbors?  Why aren’t you texting the wife with something like ‘get out of the house now, immediately, I will explain later.  You aren’t safe, it may be Kyle after you”

No absolutely not. Why would you think?

Here is where I am confident Kyle was involved. If he wasn’t, it would go something like this “oh my god, what are you talking about? What happened? Where is Mom? I am calling her, then I am calling the cops. Oh my god, I just knew something wasn’t right. You are a monster. Don’t you dare touch my mother, I am driving over there now, with cops!”

Or something like that. I can only speak for myself when I tell you I have not the patience or even capability of texting a word as long as ‘absolutely’.

See, that is what you would expect someone to say if they were innocent, right? NO, CAUGHT YOU, you parent murderer. Be Kyle innocent or not, why isn’t he indicating any concern about mom? Why isn’t he calling mom? Or the cops? Or… Dad?

Hold on, we are getting into super weird times. NEXT… Dad sends this to Kyle –

I go home and get framed for murder

This is the most troubling message. Is Dad now home, and sees Mom is dead? Or… missing? Maybe he gets home and there is blood on the floor? We don’t know. We just know he didn’t call his wife, or his son, or the cops. I am guessing perhaps Dad knows that phone calls are super traceable, and text messages are not. Why am I not seeing messages like this ‘what happened to mom?’ or ‘what did you do to her’, or ‘where is she’.  There is zero concern here for the wife.  Not a half of a percentage point.  There is concern for the house, for getting framed, and a little tiny paternal concern for Kyle… but that is about it.

I can only imagine Dad is trying to stay off the radar here, too. This is absolutely true.

Note, there is no concern here for the wife/mother at ALL. Not even a curiosity. His only concern is getting framed for murder. Is mom dead at this point in the narrative? We don’t know, due to poor grammar. I think Dad is only best guessing at this time. Another weird thing that jumps out at me here is he never asks WHERE she is… or where HE (Kyle) is.

Then we get this. Dad’s last transmission

U R setting me up.

We can only assume by this time in the narrative, Mom is dead.  Dad knows mom is dead. Maybe he sees a body right in front of him, or maybe he hasn’t gotten home yet, but assumes the worst. It has been quite a while since EITHER family member inquires as to how, or where, mom is. Note that at this juncture, Dad is not concerned that Mom is dead, or injured, or missing. His concern is if he is being framed.

Months after all of this was revealed, the dead bodies of both mom and dad were recovered in a location that further pinpoints the son. This last development just happened a couple of days ago. I have been following this story closely ever since those texts emerged. I had already written a first draft of this last week. I hadn’t gotten around the punching it up and publishing it until I heard the bodies were found this week. I just can’t get over this interaction. Maybe I am not much of a detective, but I was a professional fraud investigator for a time, and I can smell a bunk story from a mile away. Here is what I think happened >

The couple was super hard up for money. Like, millions in debt with their business and their home. I think Dad and Kyle conspired to kill Mom. Probably collect some insurance money to get them back on their feet. Everything about those texts tells me they were killed at different times. I think something went not to plan in the killing of Mom. I think Dad and Kyle had a physical altercation that evening regarding all of this, and Kyle ended up killing Dad, too.

The texts prove to me without a doubt the parents were killed at different times. Mom went first. Basically, I am reminded of the Kennedy assassination here. While I don’t know exactly what happened, I am absolutely positive it isn’t the version they are handing us.

*** in closing, look at these pictures.  Here is a before and after of Kyle Navin.  Creepy!

update long after the fact – we know what happened.  It was exactly as suspected.  The son and his girlfriend killed the parents.  They were wacked out on heroin, broke, and had no future on the horizon.  I guess they figured they would inherit the business.  it wasn’t much of a perfect crime.  There were videos and still camera shots of the son driving the company trash vehicle to and from the house around the time of the disappearances.  They also found everything laid out in texts between the son and his girlfriend.

I still  can’t get over that super weird last text between dad and son – “what did you do to your mother?”, and “I won’t go down  for this!”  It’s almost as if the son was planning with the dad to kill the mom, and plans changed.  We also know from these transmissions that the couple was killed at different times.  This basically eliminates a ‘crime of passion’, or even ‘manslaughter’.