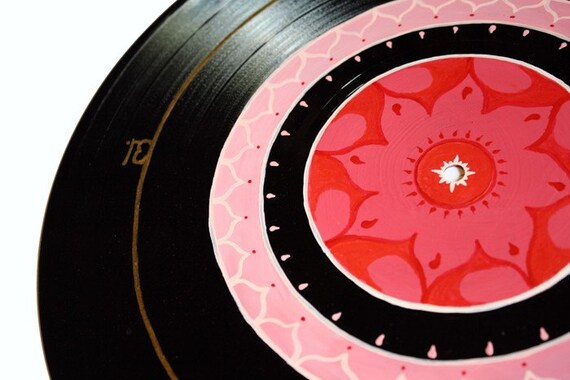 What is the future of radio?

Tough to say, as I have already left radio far, far behind. The current offerings of radio left me nothing, so I left them. Before I go on a rant (and believe me, I will!) let me be specific when I say I left radio behind. I stopped listening to radio years ago, and then I broke the antenna on my truck. Never fixed it. Don’t have radio in my truck, and I don’t need it.

Radio offers this – on the music side, you have many choices. However, they are all owned by one company.   ALL of them… in EVERY market… are owned by Clear Channel. Clear Channel has a play list of about 20 songs that they rotate. If you drive for more than an hour, you get repeats. A LOT. Because of Clear Channel, I can’t enjoy Dave Matthews, Jack Johnson, or Blues Traveler anymore. They saturated the shit out of those bands, like they do all their bands.  I am sad.  I love music.  I have 9 different Dave Matthews discs.  Now, I can barely stand the band, and it is their fault.

The country stations do the same thing, as they have the same owner. Now, I love the Zac Brown Band. Even though I hate country, he is awesome. I keep the radio on in the barn on country. Actually, the cat changed it to country from KBCO… twice. True story. Anyhow, every time I go into the barn they are playing Zac Brown. What Clear Channel is doing to bands is what happened to Hootie, and what happened to the Spin Doctors.

On the other side you have talk radio. Lots of Jeebus stuff, which does me no good. I am an atheist. There is political talk radio, which does me nothing. Either it’s right wing, and infuriates me, or is left wing and I just agree mostly. No value there. Gimme something down the middle that is thoughtful. Actually, NPR is great, but I listen to all those programs as podcasts so I can do it on my own time.

So… back to your question… what is the future of radio?  What am I, the Sage?  If you were from Denver, you’d be laughing your ass off right now.

I dunno, but I can’t tell you whatever it is now isn’t the solution. Clear Channel I Heart Media is bent on just destroying everything.   Did you know the eliminated local DJs? Specifically, if you are listening to a radio station anywhere in the Southwest, you aren’t hearing a local DJ. All of the radio talent for the Southwest is done from Denver. When Uncle Creepy tells you the news and weather for Salt Lake city, it means there is a song playing in Denver covering him. In Phoenix, it is commercials. Now he puts on a record in Salt Lake City and he magically appears as Uncle Nasty in the Denver market. Yes, a single DJ is working in 3 to 4 cities simultaneously. It is called ‘voice-tracking’.

My only hope for you is they are at least sharing the amazing DJ Bret Saunders from kbco. He is the greatest, ever. Sweet and warm and funny and thoughtful and knowledgeable. I wish he had a podcast so I could hear just him and not his shit radio station playing the latest white hipster drivel.  I miss listening to him, with the busted radio and all.  I often ask my wifey, who listens to BCO every morning on the way to work ‘how is Bret these days?  I miss him!’. Even more, I miss the Sage!  I wish I could tell you this was conspiracy nonsense… about how your DJ doesn’t exist… but it’s true. It is the business model called ‘voice-tracking’. Really, it is. Click here.

a practice called “voice-tracking,” Clear Channel pipes popular out-of-town personalities from bigger markets to smaller ones, customizing their programs to make it sound as if the DJs are actually local residents.

Oh, and this.  I have met Brett several times, and he is absolutely as wonderful as you think he would be.  I am lucky to live in Denver, where the   I heart media ‘mothership’ is.  All of our talent is actually here, so they do local events in person.

side note, Clear Channel changed their name.  I got something to say on that.  Let’s just step outside for this conversation.

Geesh, this is getting long winded.  Let’s stop for a word from our sponsor

What is the future of network television?

I feel bad for network television. They are getting swept under by cable. Why, and how? Cable is willing to be way more risqué than the networks. They all go by the exact same rules. Well, I am talking about basic cable here. Like networks, neither can swear or show nudity… until after 10 pm. The networks are trying to hold on to a modicum of decency by not lowering themselves to the base programming of its basic cable cousins. Yet… what they do show is entirely fucked up. Every show is a homicide show about dead hookers. How is that taking the high road compared to breaking bad?

What is the future of bookstores?

Moot question, they are already gone

What is the future of music stores?

Moot question, they are already gone

What is the future of alternate fuels?

Well, it is the only solution. We can’t keep funding terrorist muslim states, AND polluting our environment at the same time. Alternative fuels eliminates both those problems. How goddamn hard is that for people to understand?