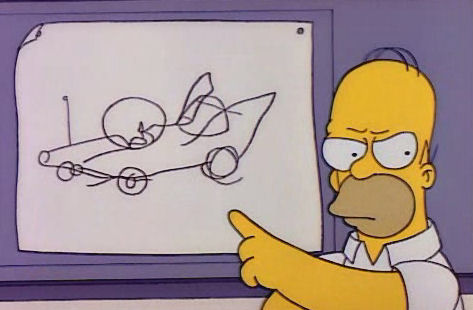 This is awesome.  The headquarters for Chrysler/GM was build in the early 90’s.  It was designed to be easily converted into a shopping mall should the car maker go bankrupt.  Seriously, it’s true.  Read here.

I am really impressed by this.  This is visionary, and forward thinking.  People don’t give credit to American car companies having a far reaching vision.  You know that thing they ask you in interviews:  where do you see yourself in ten years?  Apparently, the GM folk answered that question with “out of business and possibly a dope ass shopping mall!”  Society would be a better place if everyone thought about their actions and consequences 20 years down the line.  So, they are ahead of the curve and should be applauded.

But, then I think more.  I think, if they had a vision of going out of business soon, maybe they could have taken a different tact.  Instead of saying “hey guys, everyone knows we are going to take a digger.  Let’s help re-purpose this place for future generations to use”. Instead of saying that, maybe they should have said “hey guys, this building is super awesome.  We can be super awesome too!  Did you see that Transformers movie?  That was all us!  Yeah, baby!  Let’s make super awesome cars so that we can keep this super awesome building forever.”  I mean… right?

I know a lot of people.  I don’t know more than a couple who own a Chrysler or GM car.  They haven’t made a pertinent car in 30 years.  Well, they had the mini van.  That was pretty smart, and they get props for that.  But… still… they prophesied their own funeral.  I find this epically comical.  The only thing GM has ever gotten right is knowing they would be out of business in 10 years.  Didn’t this raise any red flags?

That is where your Jack Welch’s of the world would have done a course correction.  He would have said something like “What can we do to not turn this into a shopping mall in twenty years”.  He might have said

Hey guys.  Let’s instead make some cars people really want.  Let’s make some sexy cars, and some small ones too.  Let’s make some reliable cars, and some fuel efficient cars, too.   Why we do only make sedans?  Sedans are boring!  Who is in charge of sedans?  Carl?  Ok, Carl, come here please.   Carl, you are fired.  What the fuck is the deal with you and sedans.  Seriously, dude, you are mellowing everyone’s harsh.  Not cool!

These are things Jack Welch would have said.  I feel bad, and almost un-American for wanting these companies to fail.  However, they do not deserve a bail out because they have been failing for 30 years.  American cars sucking has nothing to do with the current economy.  It has to do with them sucking.  Don’t even get me started about that asshat of a CEO who lost 80 billion dollars in four years.  Let me say that again.   He lost 80 BILLION dollars in four years, but his board of directors never fired him.  He was in charge and kept keeping his job and taking home millions.  How did that guy keep his job?  Maybe they will let him work at the chik fil a when the mall opens next year.

* post script – yeah.  They tanked big time.  In fact, we bought them.  You and I did.  We own GM as taxpayers.  I am not sure how something like that works.  But, I think every American should get a coupon for their free GM car.  Go ahead, do it!  There is no real threat.  I don’t even want a free GM car.  Too much maintenance and insane depreciation.  I can’t even make this an anti-union rant.  Ford has turned it around.  For the years I have spent, like you, arguing these issues of American cars being shit… Ford has turned it around.  They didn’t take any of the TARP bail out money, and I have plenty of friends who own Fords.  Ford is making a good car.  The Ford Focus lands in the Consumer Reports for Best Buy routinely now.  So, it can be done.  An American car company can make a good great car.

Proof > Ford is making great cars now.  Well, I hear.  I am still plenty scared, and drive a Toyota (full disclosure).  I had two Ford big ass trucks, and reliability was an issue.  This is a true story of having switched from a Ford F250 Diesel to my Toyota Tundra to haul the horses.   I used to visit my local chain auto parts store.  I knew them by name, as they knew me.  After I got the Tundra, I hadn’t been by in about a year.  The guy at the counter said “Kevin, I haven’t seen you in ages, did you move?”  I said “No, I bought a Toyota truck” and they understood immediately.  That should be a commercial for someone, seriously.

Yet GM had the vision to make a disposable HQ.  What does that say about leadership’s confidence in their product?  If I told you to buy my Widget Series X, with a lifetime guarantee… wouldn’t you be concerned if you heard I had turned my widget factory into a BMX race course?  What was their long term goal?  You had better ask, because it is your company now.

2 thoughts on “the genius of General Motors”