What image or scene from a children’s movie/show did you find disturbing?

Pretty much everything in Alice in Wonderland.  It’s a story about taking mushrooms and potions to get and small.  Hookah smoking caterpillars, and a queen whose only words are ‘off with her head’.  Everyone she meets it beheaded.

What kind of fucked up shit is that?  Btw, it’s my favorite book in the world.  I can, and will, go on endlessly about it.  With all the drug references, and that great Jefferson Airplane song, you may think it was written in the 60s.  It was, the 1860s.  It was written by a Reverend who had a doctorate in theoretical mathematics, and wrote books on the subject.

He was rather embarrassed about writing such trivial silliness, so he used a pseudonym.  Lewis Carrol is actually Rev Charles Dodgson.   Other coolness, there is an actual Alice in real life.  Here is a photo of her.  Her name is, or… was… Alice Liddell 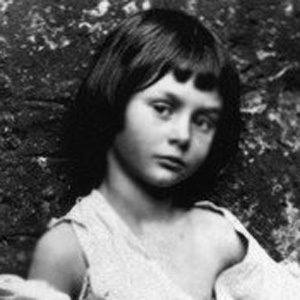 My first tattoo will be a reference to that book.  This is what I am getting.  It isn’t just the white rabbit from the story.  It is drawn by Ralph Steadman, who did all of Hunter Thompson’s iconic illustrations.  It’s a great story, maybe the greatest.  But maybe not for little kids.

What is a favorite scene/image from childhood that stays with you?

Nothing I can think off of the top of my head.  That ok?  But… thanks for trying to traumatize me.  Bully!

What’s on TV that no one is watching but should be?

No idea, we don’t have cable.  It means we watch a LOT of PBS.  Know what is fucking dope on PBS?  Frontline.  It’s as if 60 minutes and Ken Burns had a baby… I don’t think I have ever seen one that wasn’t compelling.  They could do a Frontline on eggplant color separation technology and it would be earth-shaking.

What’s playing on the music player that everyone should be listening to but isn’t?

Remove one letter from the name of a TV show or movie. What is the premise of the new show?

The Greatest American Her.  It follows a narcissist, a la a Kardashian, who has super powers of vanity.

*** Thoughtster – that is a word I invented about a week ago.  I am imagining a pretentious Sting stroking his beard and pontificating on some boring ass bullshit.  Same would work for Ian Anderson.  While I love Jethro Tull (even seem them live), their singer Ian Anderson is a pretentious windbag and elitist a-hole.  Nay… a thoughtster!  You are likely picturing this guy.   Yeah, he was that guy.  Now… he’s this guy.  I am picking on him because one of the things he LOVES to drone on about he pretension.  Imagine a John Cleese character who takes himself too seriously.  Actually… that would be John Cleese, wouldn’t it?

Now, go ahead and add that to your Microsoft dictionary, because you’ll be using it all the time!

I invented this.  and that.  and that.  Know what else I invented?  A laptop that has a 10 key build in.  Know what else  The fact that your cell phone a clock on it.  I was in the cell phone business when there was about 3 out there, in 1997.  Phones didn’t have internet back then, or caller id, or texting, or color, or cameras, or vibration.  They didn’t even have the time on them.  At Nextel, I suggested it to the engineers, and can even explain how it would work.  The phone pings the cell site, which has a very sensitive clock attached, for billing purposes. The phone has a battery.  I explained, in more sciencey terms (the MDap, to the HLR, to the VLR.  TDMA based).

they said thank you, nothing else.  Less than 6 months later, clocks appeared on our phones.  So, I can’t prove I did this, but I am confident I had a significant hand in it.  True story!

this reminds me of a character in Alice in Wonderland, since we are talking about it.  This guy was a total doofus, called the ‘White Knight’.  He ran around bumbling into shit, and claiming about everything ‘I invented that!’  Like… flowers and gravity and horses… he invented that!  Maybe the White Knight is my spirit animal.